Brands with and without branding. 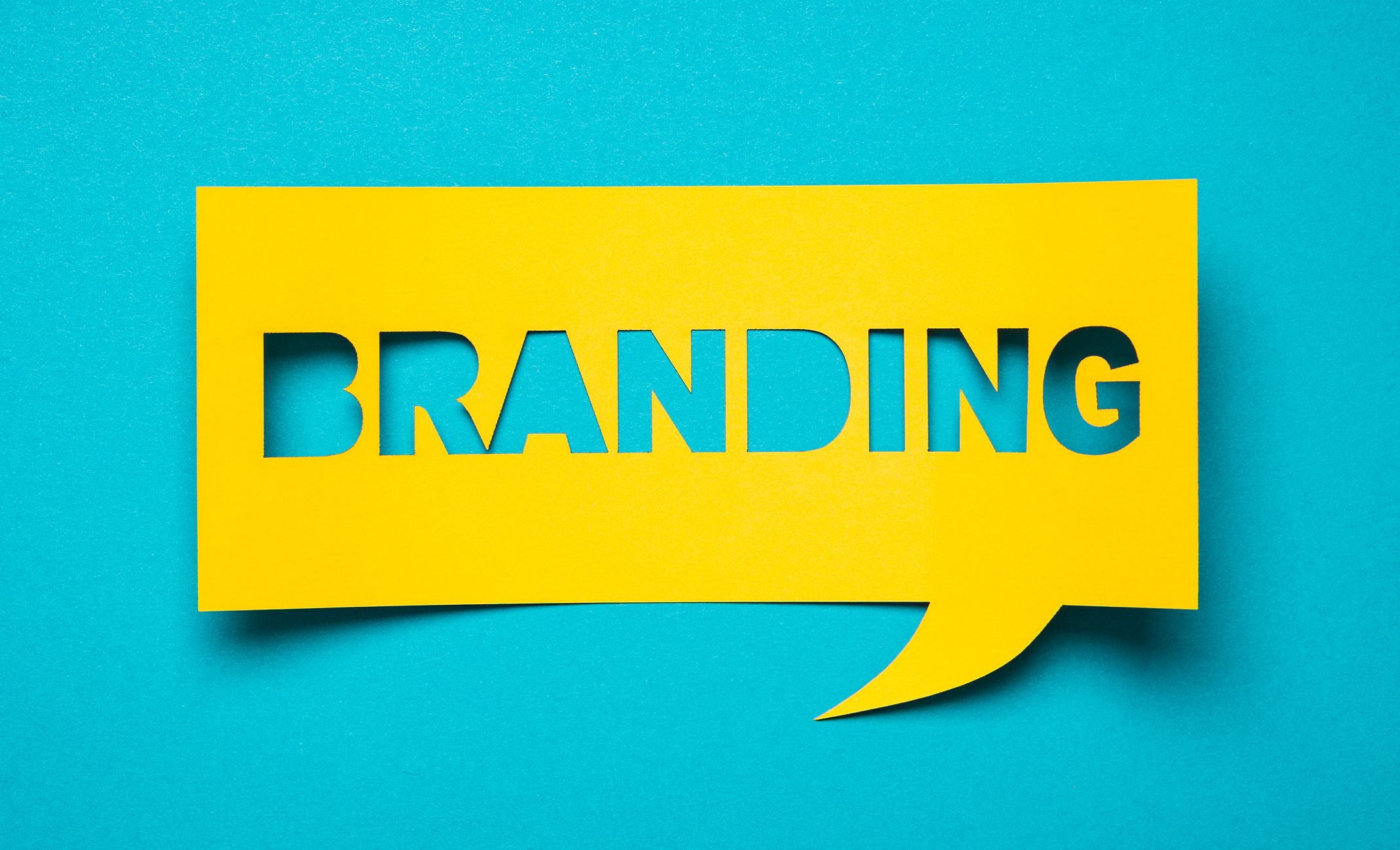 We have reached the point of no return for the world of brands. Either they work clearly and convincingly on their branding strategy or there will be no market for them. It sounds alarming and it is. Without branding there is no future. With good branding, there is a much greater chance that there will be. Let’s develop a little more about why.

Walking through the hypermarket gondola I heard a couple arguing in front of a bottle of Gin. The reason for the argument was because it was inconceivable to them that Gin was sold without alcohol. You can already imagine the dozens of commonplaces that were heard, Gin without alcohol is like love without a kiss… Yes, you read that right, “Gin without alcohol”.

It is evident that when some brands initiate a movement in one direction, the majority follow, without a second thought. And what ends up happening is that they all end up offering more or less the same thing. And one of the things on offer today is “without”. But the “without” is also a good metaphor for what you see on the shelves. Products that forget the brand they belong to or represent, and are presented without a design consistent with the brand, without sensitivity to customers and consumers, without understanding the habits and behaviors of the new buyer of the 21st century.

And while I try to decode why something like this is happening, I am consulted by a specialized media about my opinion of a growing trend?! on products without branding, without branding.

Within this generalized confusion, which exists in the majority of companies and agencies, I could only respond with a dumbfounded face, becausee probably never before in history has building and developing a clear, honest, unique, inimitable and coherent branding been so essential. They insisted on mentioning examples of debranding or unbranded brands (what?), but in the end the confusion they had was cleared up.

Curiously, I told them, there are brands that have positioned themselves by trying to sell the idea of not having a brand. Such is the case of Japan’s Muji. They structured their positioning on several pillars, one of which was to “eliminate the brand”. Hence the name of their company, Mujirushi Ryohin, which, translated into English, means something like “quality products without a brand”. An appellation that, over time, evolved into the abbreviation Muji, the “unbranded“. A clear example of saying what is not true. Since those who run Muji clearly know that a brand is much more than a logo and generating confusion, wanting to say something that is not, does not add value, on the contrary. “Muji is not a brand” they say about themselves, despite their more than 800 stores, thousands of products, their website, their profiles on social networks, their own discourse and positioning and strategy, and having a logo, of course.

Despite being a clear example, they talked to me at length about the concept of Debranding. According to them, it is the process by which brands cease to be brands. Again the astonishment. But if they cease to be brands, how will they be recognized, how will they be recommended, how will they be bought or loved, I asked them. Silence on the other side. Perhaps what they are trying to tell me is that there are very powerful and well-positioned brands that have been able to begin to dispense with some elements of their visual identity. This is the example of Nike, Apple, Starbuck’s or Levi’s that already dispense with the name in their logos, but they can do so because they are Nike, Apple, Starbuck’s and Levi’s. Or the Absolut Vodka campaign that some years ago, 2009, launched a marketing campaign called “no label” to celebrate its 25th anniversary and to demonstrate, precisely, that there are brands that have so prominently created a visual identity so recognizable that they can, if they want, do without their label and still continue to be recognized. In fact for such an occasion Kristina Hagbard, Global PR Manager at The Absolut Company said that “for the first time we dare to face the world completely naked. We launched a bottle with no label and no logo, to express the idea that no matter what’s on the outside, it’s the inside that really matters. The bottle visually manifests our belief in diversity and our point of view when it comes to sexual identities. Of course, it’s also a wonderful piece of delicate, minimalist design, a true collector’s item.” It must have been the exception to the without rule, since with the without (label), what they intended was to show the with (belief, the inside, what really matters).

Now, how many of the thousands of products in the hypermarket would be able to present themselves “without a logo” or “without a label” and still be recognized? Going back to Debranding, I suggested you to consult Wikipedia, where you will find something like this: Debranding has two definitions, but they have two different meanings: Debranding (de-corporatization -what a word-) occurs when a company removes its name from its logo for a marketing campaign. Generally, it’s about making them look less corporate and more personal. Debranding (transition to “generic”) occurs when a company with a well-known brand chooses to appear more generic. This means that the company will eliminate advertising and reduce prices and, in this sense, rebalancing can increase profit margins.The former, as Wikipedia points out is part of marketing and one-off campaigns, such as Absolut. The latter is the reverse path that any brand would choose to take: no one wants to be just another one of the bunch. What successful brands have achieved is precisely to stand out and not to fit in.

Many people, even in the Digital Era, still confuse logo with brand and think of Branding as associated with a logo. “We want to update the logo”, we have recently witnessed many companies that have changed their logo for another one, but still without developing complete branding systems. In fact, many agencies tend to start there when working, and we can only continue working so that the idea that a brand is much, much more than a logo spreads and expands. If we managed to spread the understanding that a brand is much more than a logo, everyone would benefit: companies, clients, everyone. To talk about a brand is to talk about values, purposes, culture, personality, service, attitude, tone of voice (etc.) as well as color, patterns, types, shapes, forms, textures?

The no-logo trend has generated confusion. They are bombastic, attention-grabbing ideas that trigger conversations, but they are not sustained because they lack essence. The no-logo strategy is a luxury that can only be afforded by brands that are well known, well positioned, very present in our lives and that, in addition to a logo, have a highly recognizable brand language. Agencies still have to face the challenge of a design that brings together all the aspects associated with a brand and thus, build a much more durable and adaptable story to all formats and channels and to our time.

These days, in parallel, there has been much debate about the change of the logo of the mythical brand Burberry, whose evolution? towards an extreme typographic simplification of its visual proposal took away perhaps the most outstanding and recognizable elements of its long and rich history, not to mention its personality, style, heritage and visual appeal. So many brands today are following trends so closely that they end up losing sight of who they are. When they all look the same, how do they stand out? Burberry had caught our attention for being one of the most traditional brands that had best embraced the changing era and the use of new technologies, so it is even more surprising that the legendary Burberry Equestrian Knight logo was created in 1901! with the Latin word “prorsum” meaning “forward” (hello BBVA) and has remained unchanged ever since.

There is no doubt that logos will be with us for many years to come, but there is a feeling that little by little we are beginning to understand that branding is much more than that. I write these lines and I feel the déjà vu of being in front of the computer ten, fifteen years ago. Fortunately, we can affirm that those who want to add value to companies from agencies will have to consider and building the brand in a broader sense, looking for more effective and current ways to establish the identity and appealing to the connection with consumers with a variety of visual tools and the other five senses as well (hearing, touch, taste, smell, technology).

Therefore it is good to rethink:

* If something does not fulfill its function, what is it for?

* Avoid superfluous designs that do not provide real value.

* Assume that “expensive” with “good” and “cheap” with “bad” are not always related terms.

* Change your mindset: What are your “withs”? And how are you communicating them? Sin in spanish (Without) also means sin in English, not embracing branding in this era is a real sin. Seeing it as an expense and not as an investment is a major mistake, while this new world also demands a new mentality, not so leveraged on not losing and more on winning.

The conversation between that endearing couple ended with a cart full of “with” products. They kissed, celebrating who knows what, and walked away, hand in hand. I remained with my eyes lost in the gondola, looking for someone with whom to share this reflection, which is not new but which was crying out to be shared again. The transition from “without” to “with” will not be easy, but the cost of not making it will be even greater.