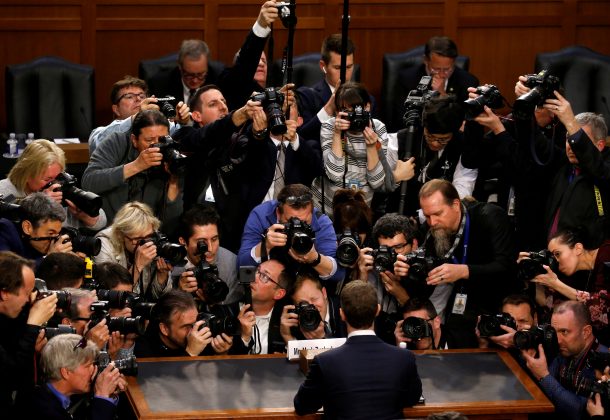 “Hi, I’m Mark Zuckerberg, and I run one of the most noxious mass manipulation machines on the planet. I have almost three billion active users on Facebook alone, two billion on Whatsapp and almost one billion four hundred million on Instagram. There is no country on the planet that has as many citizens as there are users on these three social networks.
And given the global impact we have, our conscience dictates that from now on we will use all our influence and all our resources to build a better world. A world where words like ethics, transparency and honesty replace manipulation, fake news and opacity.
Our name change is just the spearhead of a new company commitment to promote a network where business does not trump morality, where profitability does not burden democracies, and where a commitment to improving society is tangible now.” When he said “already,” I woke up. It had been a nice dream.
The truth is that Facebook’s incessantly talked-about holding company name change is nothing more than makeup or ninja bomb (and I hope I’m wrong). A brand with its reputation in tatters. A brand without ethical codes, unscrupulous, inconsistent between what it says and what it does. Generating controversy on a daily basis.
The Facebook conglomerate was growing at the stroke of a wallet: buying Instagram, buying WhatsApp, buying Oculus, and so on, it is estimated that up to 90 companies.
It was leaked, intentionally? that the (still hypothetical) name change was due to the reordering of the social media business towards the metaverse. But can a name change hide the underlying problems of the brand? When you change it is because something deep in the brand changes. There is a review of the purpose, values, mission, vision, positioning, value proposition….
To change is to do things differently, and this does not seem to be the case.
Facebook is a young brand, barely 17 years old, but it has generated so many controversies and problems in such a short time, that one feels like being more sympathetic to its youth. Youth that does not preclude huge numbers. Facebook posted net income of $29.1 billion on $86.0 billion in total revenue for a net profit margin of 33.9% in FY2020. As much as 45% of its revenue came from the U.S. and Canada and the other 55% came from other regions of the world.
As is obvious, Facebook Inc. makes money primarily by selling advertising space on its various social media platforms. Those platforms include websites and mobile apps. The company’s sites and apps include social networking site Facebook, photo- and video-sharing app Instagram, and messaging apps Messenger and WhatsApp. Facebook also provides an ecosystem that allows users to connect through its Oculus virtual reality products.
Is the biggest challenge today for Facebook perhaps not legal or image, but one of relevance and survival? After all, as one 11-year-old told the company’s researchers, “Facebook is for old people.”
I’m not going to exculpate Facebook, but I wish the blame for everything that happens was Facebook’s alone, but no. The failure of the “system”, big data included, has to do with the greed of those who monetize it, the excessive ambition of those who control it and a general ignorance of the users. We should also rethink as users what our role is in this social and digital mess. The fact that there are almost three billion active accounts on Facebook also leads us to ask ourselves what we are doing wrong as a society?
When I was dreaming, I asked myself “why should brands take responsibility for inspiring positive action for the planet?”. Because brands like Facebook, Instagram and WhatsApp have a unique and privileged position when it comes to influencing consumer thinking and inspiring positive behavioral change for the planet. Hopefully they can ensure this opportunity is not wasted.” But the dream was short-lived and the awakening to this reality is proving rude.
About the author