To what extent can machines be human? 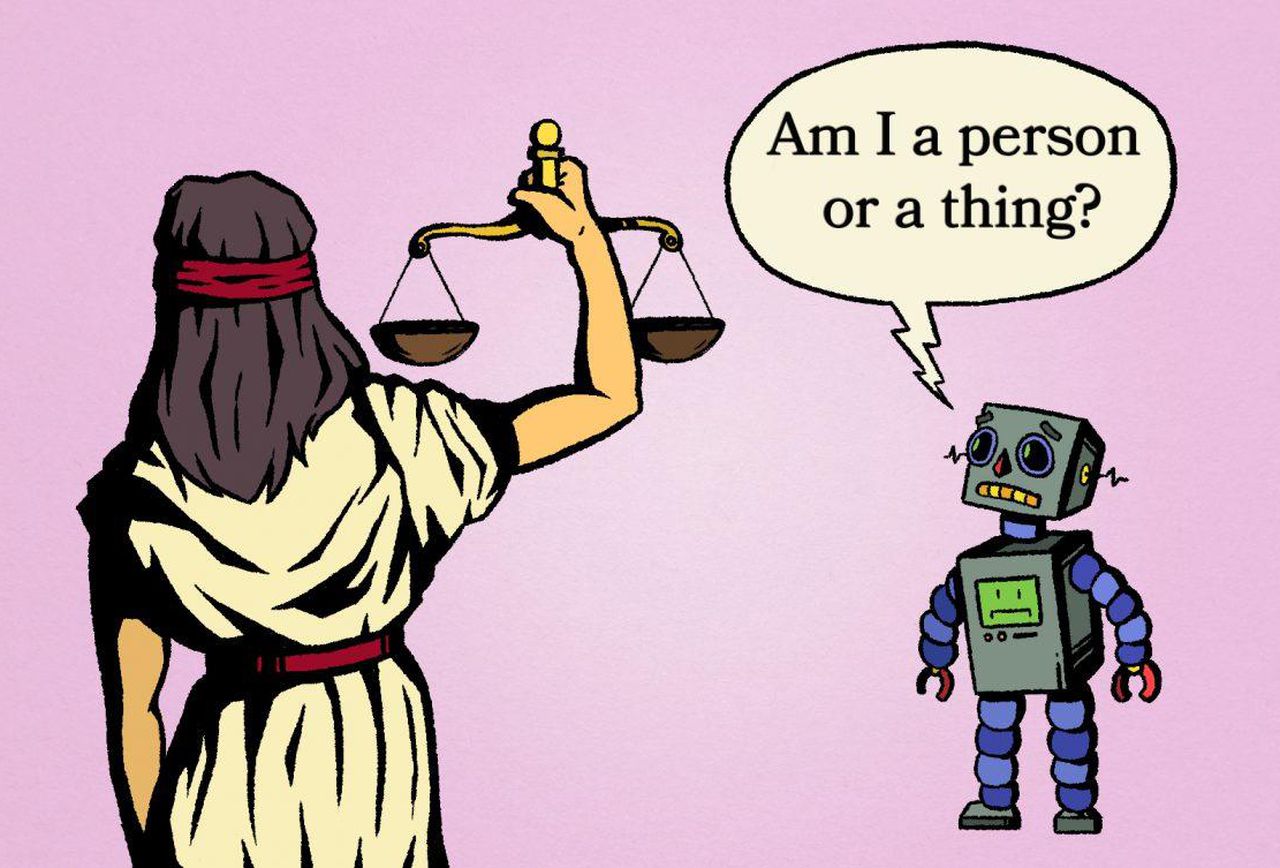 One of the real problems that exists today with the programming of ethics in an artificial intelligence consists in not yet having algorithms capable of introducing into the machine concepts such as freedom, love, justice, soul or conscience, since, in the human brain of an intelligent being, these concepts are forged not only as definitions from a textbook but as life experiences.

The task of the next scientific generations will be to create the learning systems necessary for the machine to be able to assimilate by itself and associate theoretical concepts with its own experiences, in order to modify these concepts over time and adapt them to each circumstance, as happens in humans.

There are still many areas to be developed and, of course, an infinite number of doubts about the progress and coexistence of human beings with technology.

According to researchers such as Gary Marcus, “virtually everyone in the field of artificial intelligence believes that machines will one day surpass humans and, at some level, the only real difference between the enthusiasts and the skeptics is a time frame”.

A large part of the current challenge lies in rebalancing both dimensions of the same world: increasing intelligence in the individual and achieving the humanization of technology.

Although, of course, many of us wonder to what extent machines can be human if we still do not know a large part of the capabilities and dimensions that the human brain possesses.

According to David Weinberger, whom I had the good fortune to have as a professor at Harvard, “there is more reality in the virtual than in the real,” although the real remains unknown.

In an exercise of futurology about that tomorrow, the human being had a conversation with a machine to understand the meaning of life and this was the result:

The future promises a scenario where human-machine relationships will be commonplace and some voices are already saying that the more they get to know people, the more they love their robots. Machines promise to be faithful, loyal, tireless, understanding and very human. But what if this humanization were to lead machines to discover envy, fear and anger? Would machines then be the best company for human beings?

The truth is that, on a general level, what worries most people in the immediate future is not the potential destructive capacity of artificial intelligence, but losing their jobs. In fact, almost six out of ten of today’s jobs in OECD countries are at risk of disappearing as a result of the rise of robotization. Very soon we will see entire industries transformed and, as happened with the industrial revolution, we will witness machines displacing thousands of workers. But history has taught us that being apocalyptic is of no use because robotization will surely open up a new labor scenario. Humanity has advanced uninterruptedly in the development of technology and technology is now an indivisible part of life today. Twenty-first century technology, which so many of us carry with us day and night, has become almost a sixth sense or an extension of ourselves.

Undoubtedly the advances of science will continue to change our routines and our societies on a large scale and will pose new challenges and the need for new rules to regulate the new elements that science brings.

Our closest and most tangible experience is that of the Internet and from this experience we can observe, without needing anyone to explain it to us, how this element has radically changed our lives and our concepts of space and time as we knew them before. Proof of this is the change in our perception of distance. Now those who were far away are close, since communications are instantaneous, as well as information and access to knowledge. Today, one can study whatever one wishes via the Internet from any place in the world with access to the network and be informed about what is happening in almost every corner of the planet in real time.

But the advances in science do not stop here and, just when we think we have adapted to one, another one appears to turn our world upside down. Today, artificial intelligence and the manufacture of machines and robots to replace humans in some tasks is something that is already happening in places like South Korea or Japan, where receptionists in many hotels have already been replaced by machines that never tire of a guest’s complaints and always have the right answer to give in every situation. And it will not only be the receptionists who will be replaced, but many more jobs and of the most diverse, such as the prostitution industry, which will be equipped with machines that will always be ready to serve their customers and to cover the full range of options for which they are programmed. It is very likely that in time even emotions can be programmed, but will they be real?

The machine seems to be the solution to long and tedious hours of human labor and at the same time we sense that it embodies a great risk for the sustainability of the human population. What will the displaced human employees work on? Where will the resources to cover their pensions come from? Will the robots pay taxes? Will they contribute to social security? Will they be entitled to health care and replacement parts? Will they be eternal or will they have an expiration date?

There are many questions and challenges still ahead of us, but almost all of these issues are trying to be contemplated by people studying the impact of this new way of life, not only on humans, but also on robots and the planet.

We all know that human ethics is nothing more than the mental programming of each people and in the 21st century the diversity of mentalities that exists on the planet is enormous. Therefore, it is most likely that the same thing will happen with robots and machines as with people.

Surely the ethics used by an American to program his robot will not be the same as those of a Russian or a Muslim extremist leader, so the machine will end up being a product created in the image and likeness of its creator. And they will form societies equal to those of today, but indestructible and intelligent.

If we try to approach ethics from the Western point of view, perhaps we can come to some conclusions and apply a regulation similar to the one we use with humans. The same rules for everyone and then everyone would be happy, would be the solution. But is it possible to regulate a machine that can become immortal in the same way as a being predestined to die, such as a human being? This is what scientists are working on today, to make it possible for humans to have access to eternal life, but no longer through promises of post-mortem paradises and multiple reincarnations, but through the replacement of damaged or aged organs and even managing to stop at some point the aging and deterioration of the body that inevitably leads to death.

Of course, access to eternal life will not be at the beginning within the reach of all pockets, nor of all consciences; since those who have certain religious beliefs will surely not see these new systems or the new conception systems in which science is also working today and which will give us the option of engendering super-babies chosen by catalog, of perfect constitution and with very high levels of intellectual coefficient.

But there is no need to worry about conscience either, because a new range of solutions has already appeared to calm them down and to change the microchip in religious humans. Techno-religions have already been born so that anyone in need of a god will continue to have a much more modern one within reach that will make possible the option of eternal life and other options offered by science without any guilt.

As we can see, robots are not the only ones at risk of being programmed and reprogrammed according to the needs of the time and of each circumstance, so nothing that happens in the future should be too foreign to us.

Humans have shown an impressive flexibility for change and an admirable capacity to adapt their ethics to suit each occasion. Will super-intelligent robots be able to survive and cope with contradiction with the same mastery as humans? Or will robots have a conscience?