Is the future of food and food sustainable? 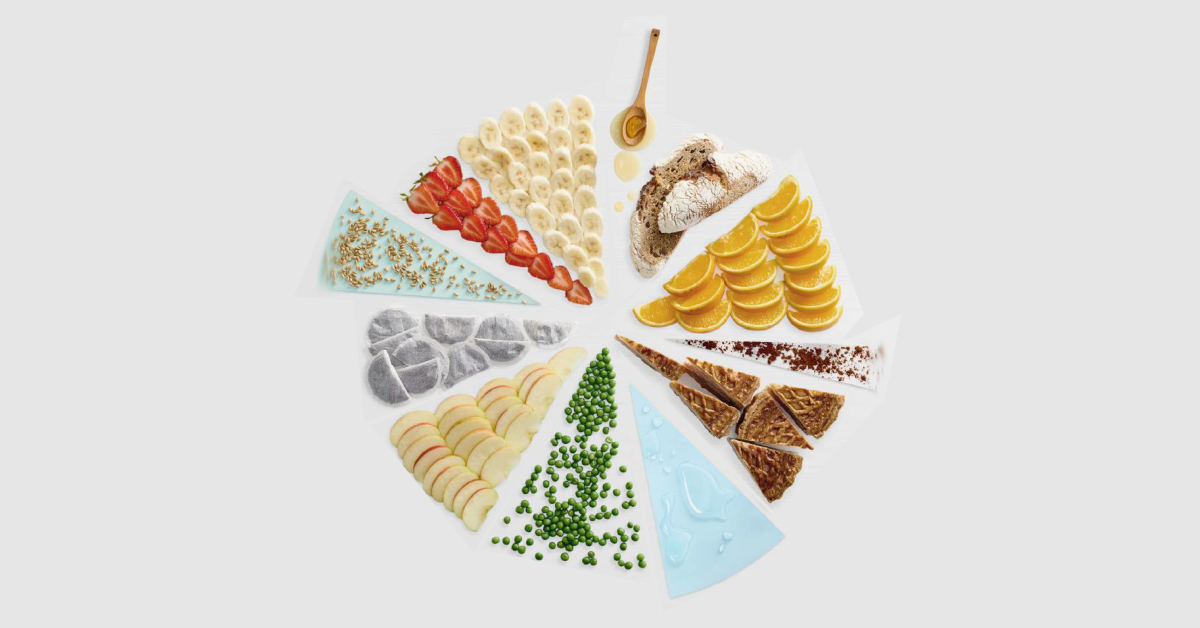 Can the future of food be sustainable in a rapidly growing world? What is the best way to feed the world’s growing population? Can personalized nutrition change the future of food? Will eating be a luxury, an obligation or a mechanical process? Food and eating come to the centre of the debate, as a new era begins,

Will new global policies and agreements be necessary? Will it be enough to make sure we can cross borders? Not erect more trade barriers? Not use food as a weapon? Practice comparative advantage? Use the natural resources of each region, grow what is best suited to the soil, the climate, access to water?

“Promoting sustainable food systems through the formulation of coherent public policies from production to consumption and in relevant sectors to provide year-round access to food that meets people’s nutritional needs and promotes healthy, diversified and safe diets” is a positive statement of intent from FAO.

But there is a long way from intention to action.

While in some countries, official food guidelines of some kind (sustainability oriented or not) are not yet in place. Out of a total of 215 countries, fewer than 90 have food guides. Their absence is particularly evident in low-income countries.

At the same time, a utopia seems to be starting to become tangible, although for the moment only in a small group of countries.

In the next 10 years, the emerging field of “personalized nutrition” will use genetic testing and offer healthy eating guidance tailored to the individual. Some companies, so-called “nutrigenetics services,” already test your DNA and offer dietary advice, but the advice can be unpredictable.

Dr. Jeffrey Blumberg, professor of nutrition science and policy at Tufts University in Massachusetts, is one of the most outspoken advocates of this new science. He insists that DNA testing will unlock personalized nutrition. In 2028, food will be designed to be more nutritious.

And by 2028, we will understand much more about our genetics.

“Natural” is a buzzword that food marketers love to use, but almost none of our current products have existed in the natural world.

The fruits and vegetables we enjoy today have been selectively bred over thousands of years, often mutated out of recognition from the original wild crop.

Carrots were not originally orange, they were scrawny and white; peaches once resembled cherries and had a salty taste; watermelons were small, round, hard and bitter; eggplants used to look like white eggs.

“Let food be thy medicine and medicine be thy food ” Hippocrates

The central theme of this year’s World Economic Forum in Davos was how to make personalized nutrition more available to those who cannot afford its benefits.

Hot topics included: whether metabo watches, implants and other personal nutrition trackers should be free for all (as they are now in some Nordic countries).

Why personalized nutrition is good for business, they asked, and how governments can better regulate corporate use of consumers’ personal data.

The urgent need to do things differently was made clear, with less than ten years left to achieve the Sustainable Development Goals (SDGs) of the UN’s 2020 Agenda.

Large-scale change is needed at the system level, but engagement must also take place with people who can take small steps every day.

Eat less meat? waste less food? eat a diverse diet? invest in organizations that support farmers and get food to people who need it?

There is a consensus that action to transform food systems is at the heart of building a more sustainable world, and action is urgently needed.

A holistic vision that values the role of many diverse actors; building public-private partnerships; investing in infrastructure, capacity building, education, research; and much more innovation. How can brands respond to increased consumer interest and government legislation on organic food?

Business as usual will no longer work. Brands can’t be complacent, nor can they rely on past successes.

They need to be more agile, courageous and above all innovative. How fast companies must be to make their products ready for the future is a front they must solve, quickly. Transform packaging? Make them compostable packaging, not recyclable? Skip the recyclable ones since it’s too late for that?

Be consistent throughout the value chain: it’s no good just having sustainable packaging if your production practices are not.

Sustainability must be in the DNA of the company: involve every person from the CEO to the store employees.

Transparency will also be key in the future as consumers take a closer look at the brands that matter most.

By 2028, genetics and biomolecular science should have restored the balance, so that DNA from one organism is inserted into another, eliminating the need to undertake generations of selective breeding to acquire desirable traits.

Last year, researchers in Australia showed a banana with high levels of provitamin A, an important nutrient not normally present in the fruit. To create this fruit, researchers removed genes from a specific type of Papua New Guinea banana that is naturally high in provitamin A, and then inserted them into the common banana variety.

In 2028, food will be unlike anything you’ve ever tasted before.

One start-up currently making waves is Impossible Foods, which has created a meatless burger that sizzles in the pan, tastes like meat and “bleeds”.

Designed to be sustainable and eco-friendly, they are made with wheat protein, coconut oil, potato protein and flavorings. The secret ingredient is heme, the oxygen-carrying molecule that makes meat and blood turn red, and seems to give the meat much of its flavor.

The heme used by Impossible Foods has been extracted from plants and produced by fermentation.

It’s a growing industry, with competitors like Beyond Meat and Moving Mountains making similar burgers, and plans are afoot for plant-based steaks and chicken. But it doesn’t stop there: other start-ups are pioneering animal-free milk and egg whites.. Expect to get used to the new flavors of meatless meat and dairy-free dairy products.

Unusual processed foods will be making waves in the coming years, including such novelties as edible spray paint, algae protein snack bars, beer brewed from sewage and even lollipops designed to cure hiccups.

We don’t know exactly what will be on tomorrow’s supermarket shelves (if supermarkets still exist) due to the secretive nature of multinational food corporations. But we do know that ice cream and chocolate that won‘t melt in hot climates are definitely in development.

Nanotechnology is coming along: researchers are currently devising nanoparticles that give delayed bursts of taste in the mouth, and earlier this year, a team of chemists created tiny magnetic particles that bind to and remove unpleasant-tasting compounds in red wine while preserving its full flavour and aroma.

But selective breeding for bulky and tasty traits, combined with intensive farming practices, has sometimes come at a nutritional cost.

Protein, calcium, phosphorus, iron, riboflavin (vitamin B2), and vitamin C have decreased in fruits and vegetables over the past century, and today’s vegetables have about two-thirds of the minerals they used to have.

Large food companies are increasingly focused on how to meet the world’s growing demand for protein.

Cargill CEO David MacLennan cites a statistic that global demand for protein will increase by about 70% by 2050 as the world’s population approaches 9 billion people. Although increasingly common in the affluent environment, it is even now not on the monitor to access the “planetary health and physical diet” approach set out by scientists in 2019 in The Lancet.

That approach, which major food producers and some other companies have pledged to help, called for a 50% global minimization in the use of meat and crimson sugar and a doubling of the use of nuts, fruits, vegetables and legumes by 2020 and 2050.

However (there’s always a but), the ‘ideal diet’ to keep people and the planet healthy by 2050 would cost an average of $2.84 per head per day.

This is almost 90% of a household’s daily per capita income in the poorest countries.

Indeed, the regime would be too costly for nearly 1.6 billion people.

At least one in five people could not afford science’s ‘ideal diet’ designed to feed 10 billion people without harming the planet.

Such personalized nutrition is the best way to encourage the desire for healthier, more earth-friendly foods that became evident in the middle of the last decade.

It doesn’t seem to be enough to receive dietary advice in the form of food pyramids, sugar and unwanted fat labels, meal plans and fad diets.

Whimsical regimens with catchy names like Keto or Paleo worked for some men and women, but have been ineffective for many, if not most, people who experimented with them. And people who lose body weight often find them difficult to maintain.

It is essential that science continues to advance and provide options to a complex reality. Nearly 800 million people remain chronically undernourished and 159 million children under the age of five are stunted.

At the same time, increasing numbers of people are affected by obesity and overweight, the flip side of malnutrition, in all regions.

About 1.9 billion adults are overweight, 600 million of whom are obese. Childhood overweight is also becoming a cause for concern around the world.

Poor eating habits and unhealthy diets are two of the determining factors in the current nutritional situation.

What is the best way to feed the world’s growing population?

Make sure you can cross borders. Don’t erect trade barriers. Don’t use food as a weapon. Practice comparative advantage. Use the natural resources of your region, grow what is best suited to the soil, climate, access to water. Be conscious, generous and supportive. Will it be?

Can the future of food be sustainable in a fast-growing world? Food and eating come to the centre of the debate, as a new era begins.