Do you produce excuses or results? 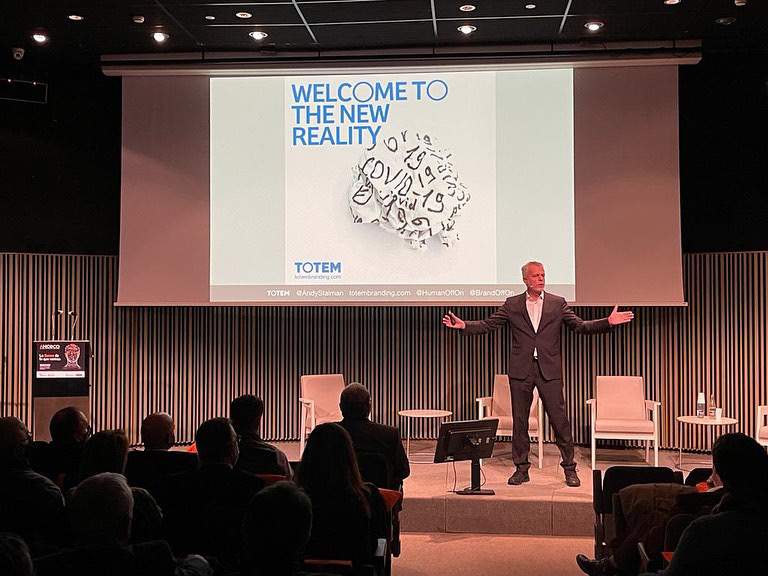 The world today is divided into two large groups: those who produce excuses and those who produce results.
Every day, on social networks, on the internet, on television, in newspapers or on the radio, we hear about the current serious problems of society. They are problems that concern us and on which we can act even with a small contribution that, added to everyone else’s, can change things.
But not everyone is concerned about the same thing. The world is huge and there are almost 8 billion of us. And yet there are common concerns.
Climate change, demographics, urbanization, economic growth, energy consumption, connectivity and geopolitics are among the most prominent megatrends. Not to mention cybersecurity, migration crises, hunger, poverty, the resurgence of ideological extremism and the threat of new global health crises.

Sixty-seven percent of the world’s citizens, who do not live under conflict or war, consider the most important challenge we face to be climate change and biodiversity loss, according to a survey conducted by the United Nations Educational, Scientific and Cultural Organization (UNESCO) (UNESCO).

Other issues were also of concern to them, such as violence and conflict; discrimination and inequality; and shortages of food, water and housing. Education was highlighted as a crucial solution to overcoming the challenges, as it is the number one solution for most.

The change that the planet needs is not green, it is human.

A dangerously changing climate is the greatest threat humanity has ever faced. But not everything should be understood in apocalyptic terms. Engage employees (eliminate climate denial), talk to consumers and customers about climate issues through your products, and change internal rules on corporate finance to make investment decisions that favor climate-friendly spending..

The human aspect of business.

As new technologies spread through society and business, the change will be more human than technological. Business leaders need to think about what these big changes mean for the people who make up our companies, customers and communities..

Each generation will expect greater openness from the companies they buy from and work for..

Seeing and hearing the next generation.

By 2030, the leading edge of millennials will be approaching 50, and they and Generation Z will make up the vast majority of the workforce. Understand their priorities and values.
Predicting the future means projecting forward from what is already happening, while yielding the expected inertia in human and natural systems..
Our choices are very important, as individuals and through our organizations and institutions. Companies, in particular, will play an important role in the fate of the world. Employees, customers and even investors are increasingly demanding that the role of business is a positive one..
We could all wait and see where these historic waves take us. But it is better that we all work proactively to make sure that we choose or build a better and prosperous future.

By the end of this decade there will be about a billion more of us and we will live longer. The world should reach 8.5 billion people by 2030 , compared to 7.3 billion in 2015 and almost 2 billion inhabitants in 1930.
The fastest-growing demographic group will be the “seniors”, with a population of over 65 years at 1 billion for 2030.
In 2019, the over-65 population stood at 703 million, nearly 10% of the world’s population. By 2050, it is expected to double to 1.5 billion, or one in six people.
The over-80s are likely to increase even more rapidly, from 143 million to 426 million, as a result of many decades of improving life expectancy and declining fertility.

The research also shows that young people are more likely to believe that childhood itself has improved, with an overwhelming majority believing that the health care, education and physical safety are better for today’s children than for their parents’ generation.

Despite their claims of optimism, young people are far from naïve, since express their concern about climate change action, their skepticism about the information they consume on social media and their struggle with feelings of depression and anxiety.

They are much more likely to see themselves as citizens of the world than older people, and more likely to support international cooperation to address threats such as the pandemic of COVID-19.

Two-thirds of us will live in cities.

The urbanization of our populations will increase, creating more megacities and small and medium-sized metropolises. The effects will include the need for more large buildings with better management technologies (big data and artificial intelligence making buildings much more efficient).

There are many things we could do. I will mention three. The first is to replace internal combustion engines with electric motors, taking advantage of cleaner energy such as geothermal, wind, hydro or natural gas.

The third is to live “closer”, so that we can do most of our commuting while consuming less energy: walking, cycling, public transport or, last but not least, electric cars.

Video calls will be outdated when holograms become a reality for the general public. They are already possible, and in fact, the band ABBA is planning a tour to launch its first album in 40 years, but for it to reach the average citizen, 6G technology is needed.

In this sense, the metaverse will also break through to comprise countless persistent virtual worlds that interoperate with each other. It is estimated that by the 2030s, virtual reality will be fully realistic and that we will probably spend more time in the virtual world than in the real world.

When you combine visual realism with sound realism the brain can no longer tell where the difference between real and virtual is.

How many technological advances, how much digital progress, for people to spend most of their time writing mails, seeing photos on Instagram or angry because they don’t get an answer, in a millisecond, to their WhatsApp message. The digital revolution is virtual.

Simultaneously to the metaverse, some 3 billion people do not have access to the internet.

An estimated 460 billion euros worth of clothing goes to waste every year. So far the industry does not comply.130 textile companies have signed a document during COP26 in which they commit to raise their investment to fight climate change by 20%.

A recent report by Zalando, claims that less than one percent of all second-hand clothing collected for a second life is recycled into new garments. The study ‘It takes two: how industry and consumers can close the attitude-behavior gap on sustainability in fashion’ thus denounces that the industry “does not meet the requirements of consumers in their demands for circular economy”.

However, it also admits that only 23% of consumers repair their garments despite the fact that 63% of clothing buyers would like their clothes to have a new life after discarding them, on average, between seven and 10 years after purchasing them. The scope for action in the industry is therefore enormous, as is the attitude of consumers, who need to understand the overall impact of their purchasing choices.

New challenges are also emerging at the personal level. The perceived insignificance of individual actions leads us to wait for others to take the first step before making individual sacrifices. However, “someone else will fix it” is not going to happen. Either we all fix it together or it doesn’t get fixed.

Anxiety, depression, loneliness, mental health, poverty, suicides, are some of the urgent issues that also call for everyone’s commitment and greater visibility and resources to change that which cannot remain on the waiting list.

The frontier to be explored is not only the technological frontier, but above all the frontier of psychology, anthropology and sociology.

Teams and individuals are looking for, want and need courageous, inspirational leaders who tell the truth about where they are going and where they want to go; and how.

Unfortunately, there is a glaring lack of leaders who tick both boxes of inspiring and trustworthy and, because of this, citizens are increasingly turning to brands to fill the void. Thus, the great obligation to build a better world has become the responsibility of brands.

Brands to the rescue.

A great brand never goes out of style because of the message and culture embedded in its DNA. A TOTEM is consistent. It relates to people and makes them part of its story. In today’s business environment, transformation requires the creation of a new organizational culture that makes people believe in the reason a TOTEM exists because it transcends the merely monetary.

What it does is improve people’s lives. And that’s why it makes money, not the other way around.

We look for TOTEMs that actually feel, experience and have real meaning so that we can believe in them. These TOTEMs have the belief and commitment to make the world a better place in their DNA.

Your time is your currency.

Every brand is fighting for your attention, your time, your data and your money. Only a few know how to do it right.

Most companies see the impact on margins or cost overruns as barriers to implementing sustainability initiatives. But these companies only focus on the short term and don’t look at the big picture.

Companies that are leaders in sustainability have better margins than those that lag behind in CSR, as well as better capital costs. Companies that build a reputation for responsibility attract more investment and perform better in the stock market.

Ethics or not to be.

With the advent of new technologies, brands can no longer look like brands, they have to be brands.

The world has changed. Values such as transparency, honesty, authenticity and trust must be the pillars of any brand.

These profound revolutions will require a redefinition of the responsibilities of companies, especially in their role in repairing the social fabric in which they operate, characterized by endemic loneliness, financial fragility, political polarization and family structure.

The change of mentality in companies.

TOTEM has become one of the most relevant concepts in branding and marketing and its definition is part of what brands should be thinking about today. Consequently, one of the most important aspects to remember is that it reminds us how valuable honest and authentic communication has become and, above all, we must understand the new role of brands.

Believers (customers, users, consumers) expect brands not only to have functional benefits, but also a purpose and social commitment, to understand their audiences (internal and external) and to be in tune with the causes, needs and current problems of society.

Without neglecting aspects such as innovation, creativity and sustainability, those who take this on have a great opportunity to be the dominant players of the decade that has just begun.

Everyone can talk about the future; meanwhile, people who work with awareness, commitment, creativity, courage and generosity are creating it.

To better understand the success or failure of a team there is only one thing to ask: Do you produce excuses or results?