The Branding of the future and brands. 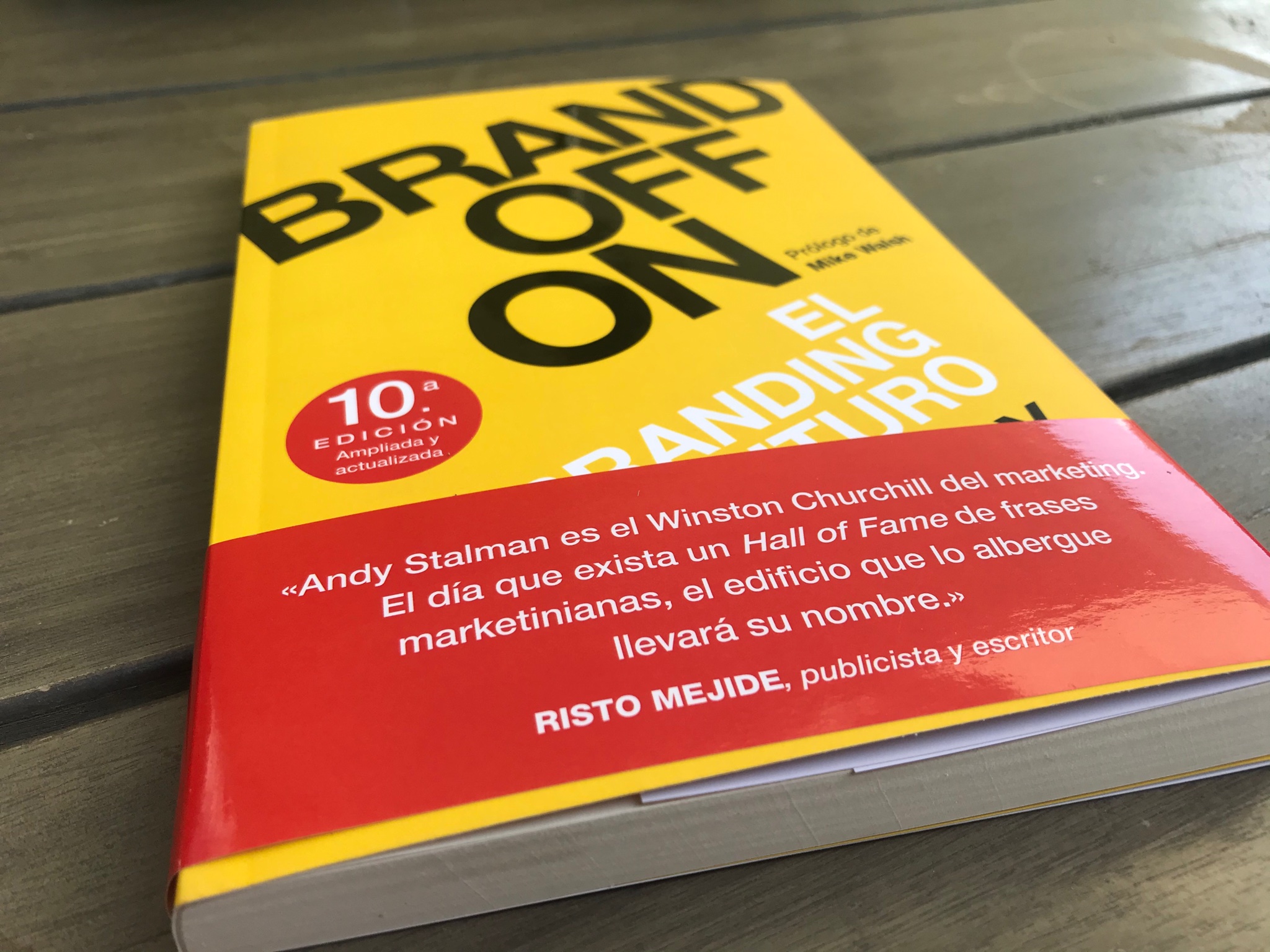 On March 4, 2014, the book «Brandoffon. The Branding of the Future », was released. This March 4, 2021, it celebrates the first seven years of life. The biggest reward: the generosity of people, like you.

In March of that same year, the world launch of Brandoffon was held in the Aula Magna of IE Business School with the presence of IE Vice Dean Francisco Navarro and Roger Domingo, Editorial Director of Gestión 2000 (Planeta). Roger stated that “Brandoffon will mark a before and after in the literature on marketing and Branding. It will leave a trace of an era just like the “Cluetrain Manifesto” did. “

From then until today many things have happened. So many.

In this sense, people have surprised me again. Its generosity has exceeded any imaginable limit. It is true that the Internet and social networks are the cornerstone of this situation, but it is human quality that gives meaning to everything.

I always comment that for a brand there are a series of milestones that make it relevant, close, among them: creating loyal communities, generating emotion, telling stories that move people, sharing. The Brandoffon community is without a doubt the most passionate and exciting; but above all generous, very generous.

At this point it is necessary to broaden the spectrum of the book to that of attitude, in short, the book intended to extend its attributions and go from passive reading, to active engagement, to thinking, commenting, sharing, doing.

I remember one of the first interviews they did with me about the launch of the book. María Delgado, from El Economista, told me something like this: “the good thing about the book, in addition to reading it, is that it is doing what it says to do. It created a digital ecosystem that provides and shares relevant content while driving offline activity with presentations, conferences and talks. On plus off in its most natural form. “ It was something like that, word more, word less.

Brandoffon has spent the last seven years sharing, conversing and exchanging opinions with people. People, as I said, have not only read it but have openly recommended it, and without any kind of perk, just because they believe in its message.

From its launch to today Brandoffon has remained one of the best-selling books on Amazon. For seven years!

I have tried to thank each and every one of the readers who have mentioned us or shared a photo. We have tried.

Essentially the original idea of ​​these words, today, is to say THANK YOU. There are many people who in a more direct or less direct way, more closely or less closely, have made us here today satisfied with the effort made. Many people have selflessly supported, shared and recommended the book, and many are also putting into practice what they read and absorbed.

For some it was a revolution, for others a change in mind mapping, for others a mystical book and for others an eight point. Some comments on Amazon are an impulse to follow, and the activity in social networks a luxury to be able to know first-hand what people think.

In short: THANK YOU VERY MUCH. To you who took the trouble to buy it. To you, to read it. It is up to you to apply what you have read and what you have learned. To you for recommending and sharing it. There are not many occasions to thank you, but the milestone of the first seven years is a good time to do so.