Brands and people to the rescue of planet Earth 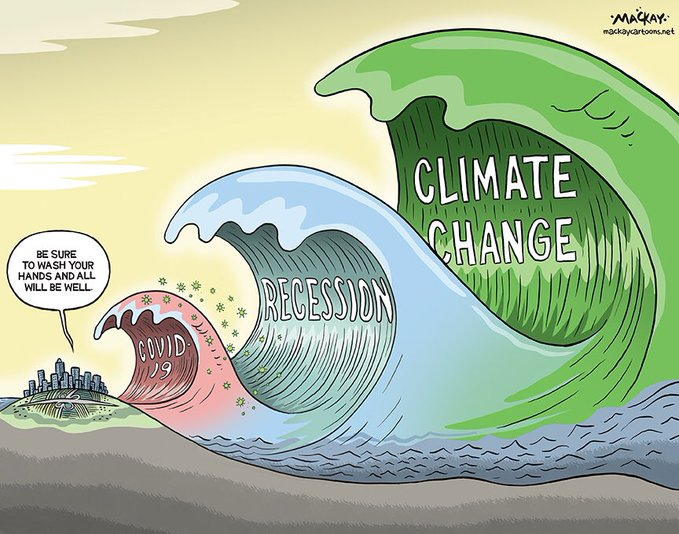 The human being is a sum of contradictions and ironies. While his plan to colonize Mars is consolidating, on Earth some 4,000 children under the age of five die every day due to lack of clean water and adequate sanitation, according to UNICEF. However, we inhabit a planet with 70 percent of its surface covered with water.
The threat posed by climate change is vastly greater and more worrying than any other. Remembering it will help us above all to promote public awareness about the impact that our decisions, or the absence of them, generate on the Earth. Too little for the tragedy that is lived, but more than nothing.

Agreeing on 195 countries was presented as less easy than colonizing Mars.

And although there was plenty of optimism, steps were taken to reach binding agreements after it. Many authoritative voices said that Paris was not the end of a climate change process, but a new beginning.

In the 21st century, in many parts of the planet, having or not having access to clean water is the difference between living or dying. An estimated 170 children per hour die every day for lack of it. (Inhale, reread it, go on).
The human race has already consumed 80 percent of its natural freshwater resources. There are approximately only 8 thousand cubic meters of drinking water per person per year, compared to 9 thousand in 1990 and 15 thousand in 1900.

Water is not a minor issue, although it is not the only important issue. “Access to drinking water in a community decisively improves aspects such as education and gender equality. Having a water point near the home improves school attendance rates, which also contributes to the fulfillment of another Millennium Development Goal, guaranteeing universal primary education ”, confirmed the general director of Plan International, Concha López.

Awareness of this problem is not daily, and even less the possibility of helping to eradicate it.

In an article in the journal Nature, I found more figures that raise awareness. In the world there are 422 trees per person, on average. The good news is that this is 7.5 times more than previously thought. The bad news is that 15,000 million copies are lost every year.

It is probable that the human being does not assume that the world is finite.

From Stephen Hawking to Al Gore, from Greenpeace to the UN, the wake-up call about the attrition of our planet has been, and continues to grow. At the moment, scaremongering, in some cases, and reality in others, have failed to awaken global consciences.

The different realities in some and other places on Earth, make awareness take longer than expected.

More developed, developing, underdeveloped, or undeveloped countries fight for different consciences according to their realities and priorities.

We are witnessing how temperatures rise, the atmosphere degrades, the Arctic thaws, and natural phenomena that were not seen for decades are happening.

If the worst threats of global warming are confirmed, several Nordic countries – Canada, part of Europe, Russia, among others – would become much more fertile, arable and habitable than they are now, while countries in Africa, or Asia would see themselves seriously damaged.

The former Secretary General of the UN, Ban Ki-moon recalled that “the big decisions that we have before us do not correspond only to legislators and world leaders. That is why I call for all of us to be aware of the consequences that our decisions have on the planet and what they will mean for future generations. ” In times when the environment has a high place in the world’s goals, some corporations are putting more effort into incorporating green / sustainability into business and having less of an impact on the planet. The objectives of these “green” companies are not only oriented towards economic viability, but part of them strive to achieve environmental protection goals.

It is true that many of these green companies carry out an activity that forces them to mitigate the negative impact they exert on the environment, and, paradoxically, this is what makes them pioneers of sustainability. But, no matter what industry they are in, the truth is that they create valuable ecological tools and serve as a guide for many others.

It is normal that many people still wonder what green companies are, since they see how the press refers to oil and energy companies with that term.

Green companies are those that promote and exercise sustainability with mechanisms for waste management, eco-building, organic farming, electric motorization and / or recycling. As long as they have sustainable policies, companies that work in polluting sectors still necessary today are not excluded from this term.

There are quite a few examples of green companies that make a lot of money and are recognized in the corporate world, the reality is that not all so-called green companies protect the environment by doing social work or caring for the planet, many simply knew how to take advantage to conservation policies to earn more money and become profitable green businesses.

To start a true green business, you have to define your mission for social welfare, set your business objectives, and determine your environmental impact.

The consumption of polluting products and services should also be reduced, and communication strategies aimed at establishing an environmental culture, among other initiatives, should be developed.

Guardians of our planet

And here is an essential clue on how to deal with this threat. To the task of governments, institutions and companies, must be added the commitment of each citizen, to the extent of his possibilities and based on his realities.

That we are aware of the consequences that our decisions have on the planet and what they will mean for future generations is a great first step. The irony of all this worry is actually not focusing precisely on who will be the real loser: Earth or Man?.

The Planet may continue to exist under any condition, but who will not be able to survive on it under any circumstance is Man. Caring for the environment is a concern focused on nature to preserve the human race. Making possible the habitability of man on Earth depends on this awareness and how it is applied.

Isaac Asimov stressed that there is only one war that humans can afford: the war against their extinction.

The warning against climate change is increasingly widespread. Climate change threatens – almost all equally – rich and poor, Europeans and Africans, women and men. However, the list of the most immediately threatened countries is very similar to the list of the poorest countries, because a drought, a flood, does not have the same effect in a country with resources as in another without them.

And as we move into the future, we are starring in an era in which human progress has never been so great. They are data, not opinion.

As always, challenges to progress must be taken very seriously and seriously. When James Watt’s steam engine started rolling, there were about 300 parts per million of carbon dioxide in the atmosphere, the main gas that is warming the planet. In the summer of 2013 the figure of 400 was exceeded, something like this had not happened in the last 800,000 years.

The battle to build a more balanced relationship between progress and nature, and also with technology, is still on, pending.

“Technological risks, especially synthetic biology, artificial intelligence and nanotechnology, appear to pose a greater threat than natural risks, with the possible exception of pandemics.” Says IFH researcher Stuart Armstrong says. “Nuclear war is also a great threat and is an anthropogenic risk even if it is not strictly technological in origin.”

Some say that Mother Earth speaks. Others say that in the end the problem will not be so much that the world ends, but that it continues as it is.

Next stop Glasgow and beyond

The 2021 meeting will be the 26th meeting, which is why it has been named COP26. COP25 was held in Madrid and ended with many unsolved problems, but an agreement was reached on the reduction of carbon dioxide, a gas that causes global warming. Each nation agreed to design a plan to reduce their carbon emissions by the next conference in Glasgow.

COP26 will bring together the parties to accelerate action towards the goals of the Paris Agreement and the United Nations Framework Convention on Climate Change.

It will be the most important climate event since the 2015 Paris Agreement.

Presidents and prime ministers from around the world will report on progress since the Paris Agreement and possibly make new decisions on how to reduce carbon emissions. May the sum of contradictions and ironies be transformed into clarity and action.
About the author