Don’t adapt to change, generate it 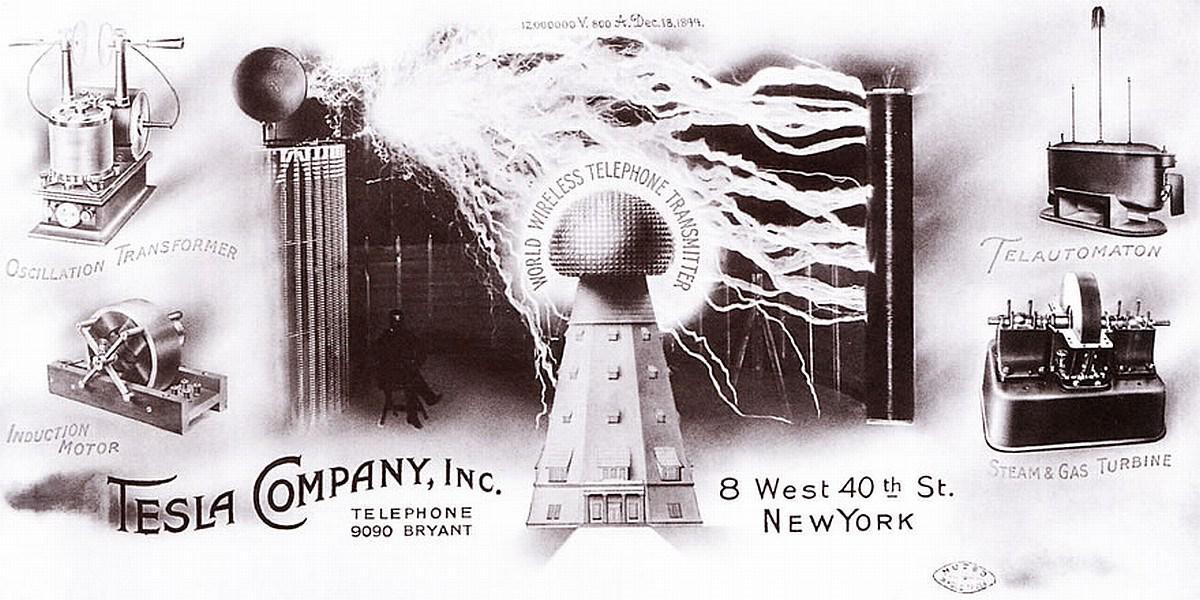 “The progressive development of man is vitally dependent on invention. It is the most important product of his creative brain. Its ultimate purpose is the complete mastery of mind over the material world, the harnessing of the forces of nature to human needs” Nikola Tesla

When Nikola Tesla died in January 1943 at 86 years old, he left a legacy of innovation and creativity behind that few, until now, may be given him credit for. Apart from his work in electro-mechanic engineering, Tesla contributed to some extent to the development of robotics, the remote control, the radar, computing sciences, radio astronomy, ballistics and physics.  Nikola Tesla was born on July 10, 1856, of Serbian parents, in the town of Smiljan, which then was part of the Austro-Hungarian empire (currently Croacia). On July 30, 1891, he became an American citizen, at 35 years old.

Elon Musk was born on June 28, 1971 in South Africa, of South African father and Canadian mother. He immigrated to Canada at 18 years old and then to the U.S. Musk is one of the founders of companies such as PayPal, SpaceX, SolarCity, Hyperloop, OpenAl and Tesla Motors.

Nikola Tesla never imagined that his name would be talked about again thanks to a South African entrepreneur and visionary who, like him, was able develop his inventive skills in the U.S. Elon Musk cofounded Tesla Motors, Inc, an American company located in Silicon Valley that designs, manufactures and sells electric cars, parts for the propulsion of electric vehicles and battery storage systems.

Musk provided almost all the capital in the first two rounds of funding of the company and continued investing in all the following rounds. Musk is cofounder, Chief designer and was in charge of developing the Tesla Roadster, probably the first viable electric car of the modern era. Tesla Motors grabbed headlines in July 2006 when it introduced (and later manufactured) the first mass-produced completely electric sports car. 2450 units were sold in 31 countries at an average price of 100.000 U$S.

And finally, March 30th has arrived.

The Model 3 was presented live in a webcast on tesla.com. As a company that thinks differently and makes things in a singular manner, they couldn’t have done it any other way. The next day you could order a car online that would not be delivered until 18 months later. And what happened? The orders for the Model 3 went over 180.000 in the first 24 hours. At an average price of 42.000 dollars, Tesla Motors made 7,5 billion dollars … in one day. Musk twitted: “The future of electric cars looks brilliant”.

It’s pretty clear that great ideas that derive in great brands originate great businesses. As I’m writing this, the number of orders has surpassed 276.000 units. Once the purchases are formalized, these 276.000 vehicles will translate into 10 billion dollars of turnover, just in 3 days. Taking into account that during the last tax year the total turnover of the brand was 4 billion dollars, it doesn’t look bad at all. Maybe, to better understand the scale of the phenomenon, let’s take as a reference the sales figures of the PSA Peugeot Citroën Group from the first 3 months of 2015: 13,6 billion Euros. The future of the automobile is being re-thought today as never before in the last 100 years. Electric, self-driving, smart, hyper-connected cars: a future in which internal combustion engines are starting to be considered outdated and polluting. By contrast, electric vehicles are seen as the future. Companies like Tesla, who move faster and in a more creative, innovative and original way, will be the ones dominating the market.

Will traditional car manufacturers know how to adapt to change? The answer to that question will keep generating an interesting discussion among those who think that the new era of the automobile will see the consolidation of the big manufacturers, and those who envision the potential loss of control of the industry by giants like BMW, General Motors, Toyota, Ford or Volkswagen, who will give way to big technological companies like Apple, Intel, Baidu and Google, who are all now ocused on mobility.

In any case, what Apple achieved in the computer industry on its day -which was to get people’s attention and passion for their brand and products-, seems to be exactly what Tesla is achieving in the world of cars.

To build a great brand, it’s necessary to have a clear vision, a defined strategy, a brave CEO, an inspiring history, an inimitable product, an unforgettable experience, a flawless communication, and all these things connected in a consistent and coherent way, both online and offline.

Elon Musk, like Nicola Tesla, surely thought: “what do people need?, why are they going to use what we are going to create?, how can we contribute to improve people’s lives?” before creating something.  Besides contributing to the development of the business strategy, Branding in the 21st century has to contribute to the development of a responsible and sustainable business strategy. Successful brands are born with questions, whose answers only they can answer. They are born involving their people in a mission statement that goes beyond the individual, to make everyone part of the whole. And they are born convinced that what they are going to do will contribute to make the world a better place. Musk claims “people work better when they know what the goal is and why. It’s important that people want to come to work in the morning and enjoy working”.

At the same time Tesla said that all its money has been invested in experiments to make new discoveries that allow mankind to live better.

It’s not a coincidence that Nikola Tesla and Elon Musk are “connected”. It’s not only through the name, but it’s mainly in the essence of how innovation and creativity –through bravery and hard work – go hand in hand with change.  They generate it