The future of humanity in two words: artificial intelligence. 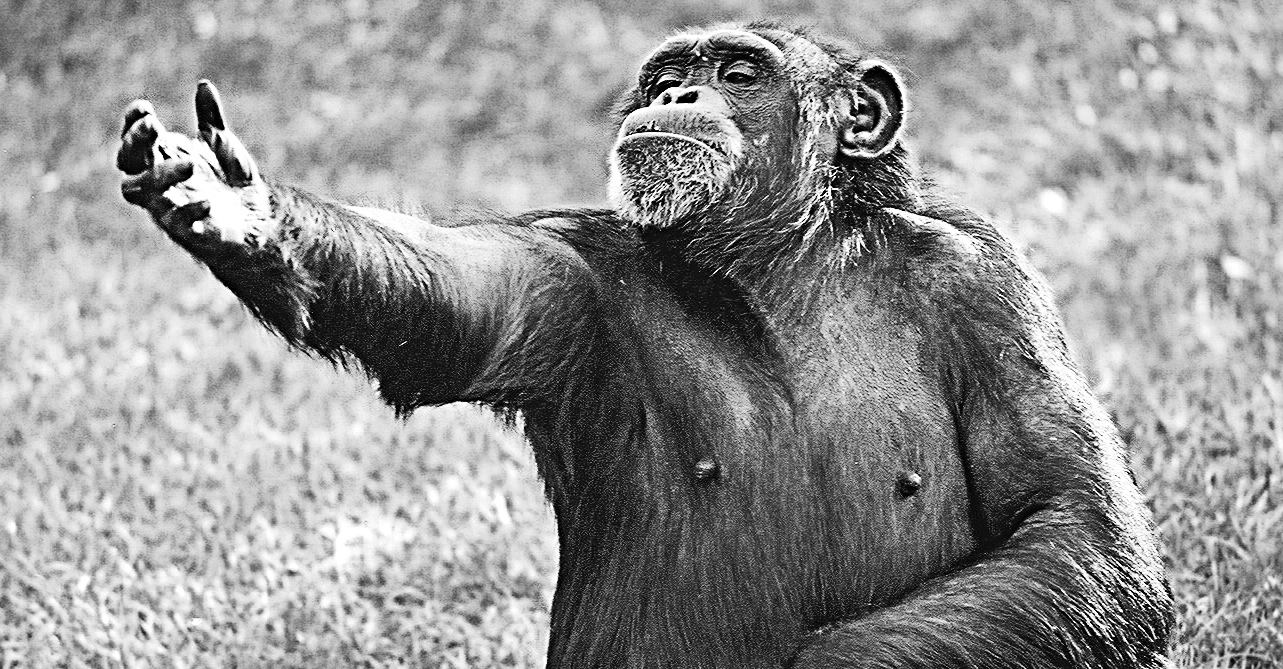 Take note of these two words: Artificial Intelligence. You’re not going to hear anything else talked about with more emphasis in the immediate future than that. In that future, big changes are looming, fraught with opportunities and unknowns. No one knows what the scope and speed of the changes will be. But we do know that the process has begun in earnest. We will have to see if it is a revolution comparable, in its capacity for transformation, to the one generated by the internet, but what is certain is that artificial intelligence is already at the heart of our future.

We must begin by fully assuming that the increasingly widespread dependence on existing and future technologies has no return ticket. The good news is that advances in Artificial Intelligence (AI) will drive the use and exploitation of this new natural resource that many call Big Data and that few have been able to transform into value. In fact, the concept of big data is beginning to disappear from conversations to give way to AI. Precisely this happens because of AI’s ability to process data and how it provides an immense communicational, commercial and business utility that can exponentially replace existing technologies and conventional human capabilities. A new era is opening up for the relationship between companies, institutions and organisations and people.

We are at the beginning of another great convergence: machine learning, analytics and data management at near-infinite scales, and the rise of computational power. This convergence will make artificial intelligence (AI) essential. It is impossible to conceive of an aspect of our future that will not be affected by it.

It is precisely because of this, accompanied by the growing and unstoppable explosion of data, that AI has positioned itself as the essential technology of the coming decades.

The early stages of AI have been part of our daily habits for some time now. Amazon has been using predictive algorithms for years to provide users with recommendations based on their search or purchase history. Google uses machine learning to complete search expressions, and often manages to accurately predict what the user is looking for. Facebook and other digital platforms are also part of this unstoppable wave. AI is essential for the future of self-driving cars (private transport, public transport, logistics, commercial and as many others as the imagination allows). They will not only be useful to avoid collisions or traffic jams, but also to optimize traffic on highways and roads.

AI will be present in every second of the life of every company, of every organization, of every connected person. In the immediate future we will see a two-speed advance. Companies that already use it and all those companies that will need to integrate it into their products and services. Without it, it will be very difficult for them to compete with others that do use data collection networks to apply these results to improve customer experiences and help guide business decision making.

Today’s consumers have already assumed and assimilated that life develops in harmony with new technologies and increasingly digital environments around them. Aware that life is “spied” and “tracked” at every step, consumers expect companies that have all that data to anticipate their needs and deliver instant and personalized answers to each query. That data will make people’s lives better. In other words, a fairer exchange: data in exchange for added value. Like any new technology in its early years, AI has been too expensive or complex to enable its use in most businesses. Acquiring it and then integrating it with regular operations can be costly and complex, but it is a matter of time before it becomes accessible and its use spreads without limits.

As long as this process takes place, many companies will continue to make decisions guided more by instinct than by information.

What is certain is that IA will not be limited to a specific field. From commerce to the Treasury, from media to the new custom TV, from cities to tourism… The day will come when customers-citizens-taxpayers-tourists-etc will talk to interactive chatbots that will be able to recommend products, restaurants, hotels, services, shows, according to their search history, comments, purchases and recommend activities, offer special discounts or handle service issues such as transportation or specific needs.

Intelligent digital assistants will help people just as well – even better – than a human assistant.

Two of the issues that dominate the present of AI are security and privacy. The more data you give away (giving up the fictitious privacy, because we are giving it away sometimes knowing that we are doing it and often without knowing it) the better the machine will be able to predict our needs. And since AI feeds on data the concept of privacy will be practically erased. This is where the words accountability and trust come in. People will choose companies that are transparent about how they use people’s personal data. But you can’t always choose. You can’t choose a city council or a tax office or a police force. So people should demand that administrations, agencies and institutions are accountable in their use of data. ­Data processing and ­management, anonymity and privacy should be part of an ideal combo, indivisible yet improbable.

The truth is that much of the debate is focused on how work spaces (offices, factories, laboratories, assembly lines, etc.) and work will be reinvented as a result of the irruption of machines. Almost 6 out of 10 of the current jobs in OECD countries are at risk of disappearing as a result of the rise of this process. We will see the machine as a co-worker or as the one who will occupy our job. AI could help generate new levels of productivity, efficiency and profitability. It is not yet clear at the cost of what, or rather of whom. Or if it is precisely because of their contribution that machines will help to improve our lives professionally and therefore personally as well.

This debate opens a window to a new dimension in the relationship between man and machine. The business side will be almost anecdotal if we frame it in the face of more existential questions. In the tangible we will see how entire industries will be transformed. We will witness how machines will displace thousands of workers by being able to automate more and more -certain- tasks. History has shown us that being apocalyptic offers no solutions to the challenges of the future. AI opens up a whole new scenario of new jobs and will also simplify some of today’s jobs and generate new ones that we don’t even know about yet. The impact of AI is of such relevance that we cannot yet measure its true scope. Algorithms, for now, have no emotions or ethics. The automation of life raises legal questions: How should the law regulate the relationship between humans and machines? The Committee on Legal Affairs of the European Commission has just adopted a report calling for the creation of a specific legal framework, the establishment of a Community agency focused on this matter and the establishment of a voluntary code of ethics. Some of the “apocalyptic” voices come from some of the most lucid minds of our time. Stephen Hawking or Elon Musk to mention two of them. The latter warned that “we have to be very careful with Artificial Intelligence. It is potentially more dangerous than nuclear weapons. And he didn’t stop there, adding that “I’m very much inclined to think that there needs to be some sort of regulation, perhaps at the national and international level, just to make sure that we don’t do something very foolish,” he said. “With artificial intelligence we are summoning the devil.”

Fortunately, AI, for the moment, is far from surpassing humans. Although voices like the Swedish philosopher Nick Bostrom anticipates in Superintelligence that “there is a 90% chance that between 2075 and 2090 there will be machines as intelligent as humans“, surely none of us will be able to see it, or tell him that he was right or wrong. Or will we?

Trying to teach computers how they should learn, progress is coming with the use of algorithms that are inspired by the functioning of our brain, of our neurons. These are the so-called artificial neural networks, which give way to what we know as deep learning. There is not, and probably will not be, a better neural network than a brain plus a machine.

To believe that AI will be autonomous, i.e. that it will completely dispense with the human factor, would be a major miscalculation. The human factor should remain essential in many areas. Hence, there are several types of machine learning, three of which I highlight: supervised (algorithm that works with labeled information, the AI of today), unsupervised (the system recognizes patterns and labels the data on its own) and reinforcement-based (the most complex and the one that will probably end up prevailing: the machine learns by itself through trial and error. The system is reinforced by its own successes). We may see the machine achieve something close to imitating human intuition, but will we see artificial intelligence feel like human intelligence? The consulting firm Gartner predicts that by 2020 85% of customer interaction will be managed by artificial intelligence. By 2019 it is estimated that AI will represent a $28 trillion market. And in a survey of European executives on when they estimate AI will have a significant impact on their industry, 35% responded that in the next two years and 36% in the next 3-4 years.

There are multiple challenges facing the intelligence society. Labor, educational, social, even transcendental and ethical. But it is the law of progress, new scenarios, new challenges and above all new opportunities.

We are creating a society in which humans will coexist with artificial intelligences among which there will be personal assistants, autonomous transport, robots in our jobs and homes and digital minds that will be part of our daily lives. In the world of the future, everyday things will change more than we think, expect or imagine. If no one raises their voice and proposes an alternative future, we already know what kind of world we will spend the rest of our lives in. And who will control it.