The future of consumption and work is written with Z 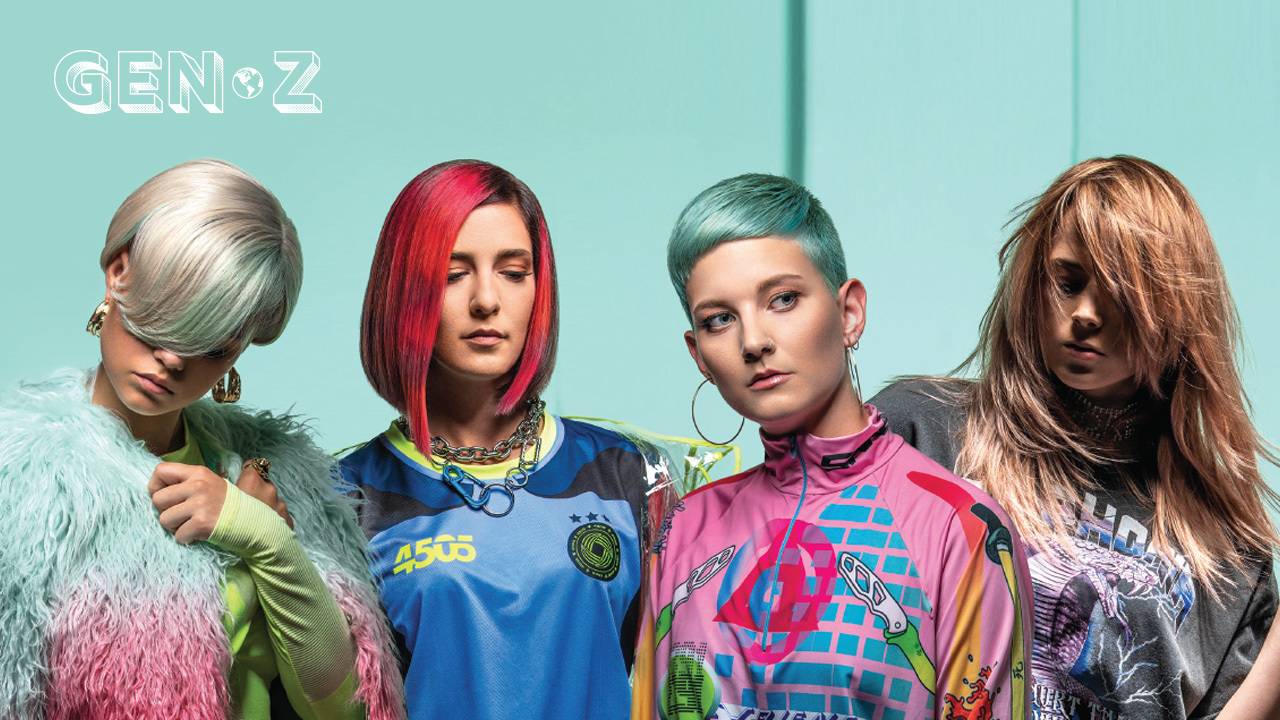 My three children are from generation Z —the centennials—, born between 1996 and 2012. Every time I need to imagine the future, I will see what they do, what they talk about, what interests move them, what excites them, what inspires them, what they share and what they consume. And seeing them is an inexhaustible source of the future.

The Z is the first generation to be born into a digitized society. And the pandemic has been a testing ground in which many of the trends that have been materializing in the last two decades accelerated, in almost all industries and sectors.

As in all times of changes and transitions, there are winners who benefit from the preferences of centennials and losers, affected by the behaviors that characterize this generation.

Each generation has been nicknamed “revolutionary”, we have nicknamed Z “disruptive.” And it is likely to end up being the most disruptive generation of all.

A recent BofA study found that the economic power of Generation Z was the fastest growing of all generational cohorts. The income of this generation is expected to multiply by five by 2030 which represents more than a quarter of global income. And Gen Z income is projected to exceed millennials in 10 years, by 2031.

Nine out of 10 Gen Z members live in emerging markets.

What is new for the rest is normal for them

Political and business leaders have been talking throughout 2020 about when we will return to normal. As vaccines begin to roll off the production line, there is hope that it will be soon.

But our next “normal” will not necessarily be the last. The pandemic accelerated advances in online commerce, industrial automation, the way of traveling, as well as mobility, teleworking. Hybridization is our new, mixed space of life.

Humans have always demonstrated our ability to adapt to adversity, sudden or not, and the speed of change in our daily lives was rapid in 2020. For most, the way we eat, family life and exercise become They look very different now than at the beginning of the year. Just as schoolchildren, teachers and parents become familiar with distance learning, and sports fans get used to seeing our teams or athletes play in empty stadiums.

Economies may be more intertwined globally than ever, but this year the people behind those economies were never more disconnected, at least physically. In fact, the phrase “social distancing” may be forever associated with 2020. The Royal Spanish Academy chose “confinement” as the word of the year.

The offices were abandoned for kitchen, living room or bedroom tables. Daily interaction came down to delivering a package or a call from Teams or Zoom. And the most vulnerable of Covid-19, the elderly, have been isolated in their homes or confined to care centers, with estranged relatives.

For brands, the next step in their marketing strategy to seduce Gen Z is to make sure they are transparent and take responsibility for any missteps. Gen Z has no qualms about doing their research. They will do deep analysis of a brand’s website, scroll through their social media accounts, and read comments and reviews. Brand trust is second only to price in terms of determining which brands to support.

And for companies that want to attract Z talent, they must know that company culture is important to Generation Z, and their brand must have the same values externally and internally. It is not enough to broadcast and work with various creators and influencers. Culture must be integrated into the fabric of the brand.

The screens are the bridges

For the digital habits of generation Z, in which 45% (25% 3 years ago) of adolescents are connected to the network almost constantly, the virtuality of the coronavirus had nothing new. Accustomed to hiding or exposing themselves behind screens, digital is their instinctual ecosystem.

But they have little in common with previous generations. They hardly consume content from traditional television networks, less than 25% admit to watching programmed television – millennials, 45%. On the information front, there is no good news for the traditional media either. Generation Z primarily uses social media to consume news, not television, and they have switched from radio to podcasting. Music and video streaming is the main source of entertainment for this generation.

How to connect with the consumer of the future?

A real headache for advertising agencies, which are beginning to be forced to innovate, as these young people show more resistance to their messages than any previous generation.

They spend hours watching their favorite youtubers and influencers on different networks with special attention to YouTube. Centennials pay more attention to what an influencer uses and recommends than what a business sells through a TV ad, social media post, or billboard.

Plus, they don’t expect more ready-made images: Gen Z members want brands that are bold, have a strong voice, and a personality. Make sure they are not afraid to make waves.

According to surveys, Gen Z is the loneliest generation in America, so they are actively looking for ways to interact and connect with like-minded people. Building a digital community is essential.

Branding can help facilitate an authentic connection and conversation, but it goes beyond working with megafluencers. Find real people who have interesting platforms and embody your brand values; You could be a creative, an artist, a cultural leader or an activist – find people you think can serve as ambassadors and leverage your networks in a way that feels less transactional and more authentic.

When those of my generation turned 18, we were taking the exam to obtain a driving license that same day. Currently, of those who are old enough to drive, 50% do not and do not intend to do so. Factors such as climate change and the cost of learning to drive and maintain a car demotivate centennials. The car industry will also have to reinvent itself for them and focus, for example, on more economical and environmentally friendly vehicles or on car rental rather than purchase formulas. Will sell more practicality than luxury.

For almost 100% of centennials, music is very important and half of them have a music streaming service and podcasts on their mobiles, such as Spotify, Deezer or Apple Music. 50% also play video games at least 3 hours a week (I don’t believe it) and they consume and participate in electronic sports or online video game competitions. Only 10% of them acknowledge watching traditional sports such as football, basketball or tennis on television or streaming.

Companies in the streaming, e-commerce, food delivery or video game industries have one thing in common: they make it easy for centennials to consume products and services at a click. In the past, their parents could go to a store, think about buying or not, and postpone the decision. Now the purchase and consumption are made easier for them to the maximum through technology and purchases with virtual money that they do not see physically – so the perception of the expense is not diluted – and the purchase decision is increased due to the immediacy they allow technological devices. Remarkably, more than 98 percent of Gen Z prefer to make purchases in physical stores.

Among his favorite apps, Twitch, Wish and Snapchat.

They are committed young people, with a high sense of responsibility, towards society and the planet. They are demanding, they think globally and that everything is interconnected. The Internet is your priority communication medium and the mobile phone is an indispensable tool. Unlike millennials, they prefer to preserve their privacy. For this reason, applications such as Secret and Whisper are successful among them. They are demanding and very visual: they put images before texts. 70% of Gen Z members try to buy from companies they consider ethical and are 3 times more likely than previous generations to believe that a company has a role in improving society.

Telecommunications services – due to the greater use of networks -, new models of media and entertainment via streaming, large technological platforms, household consumer goods and personal care, courier companies and home delivery of products and food , payment services and technology hardware companies are, for now, the winners in the centennial era.

Each generation has had its ideals and its causes and the Z does not seem to avoid the challenge before it.

They are young, they are creative, they have areas for improvement, such as better discovering the physical world, frictions in personal treatment and conflict resolution and time management. But the children of the beginning of the century are already defining the decades to come. And when the doubt of what the future will be like, I return to my children. And I find almost all the answers.