The future belongs to women. 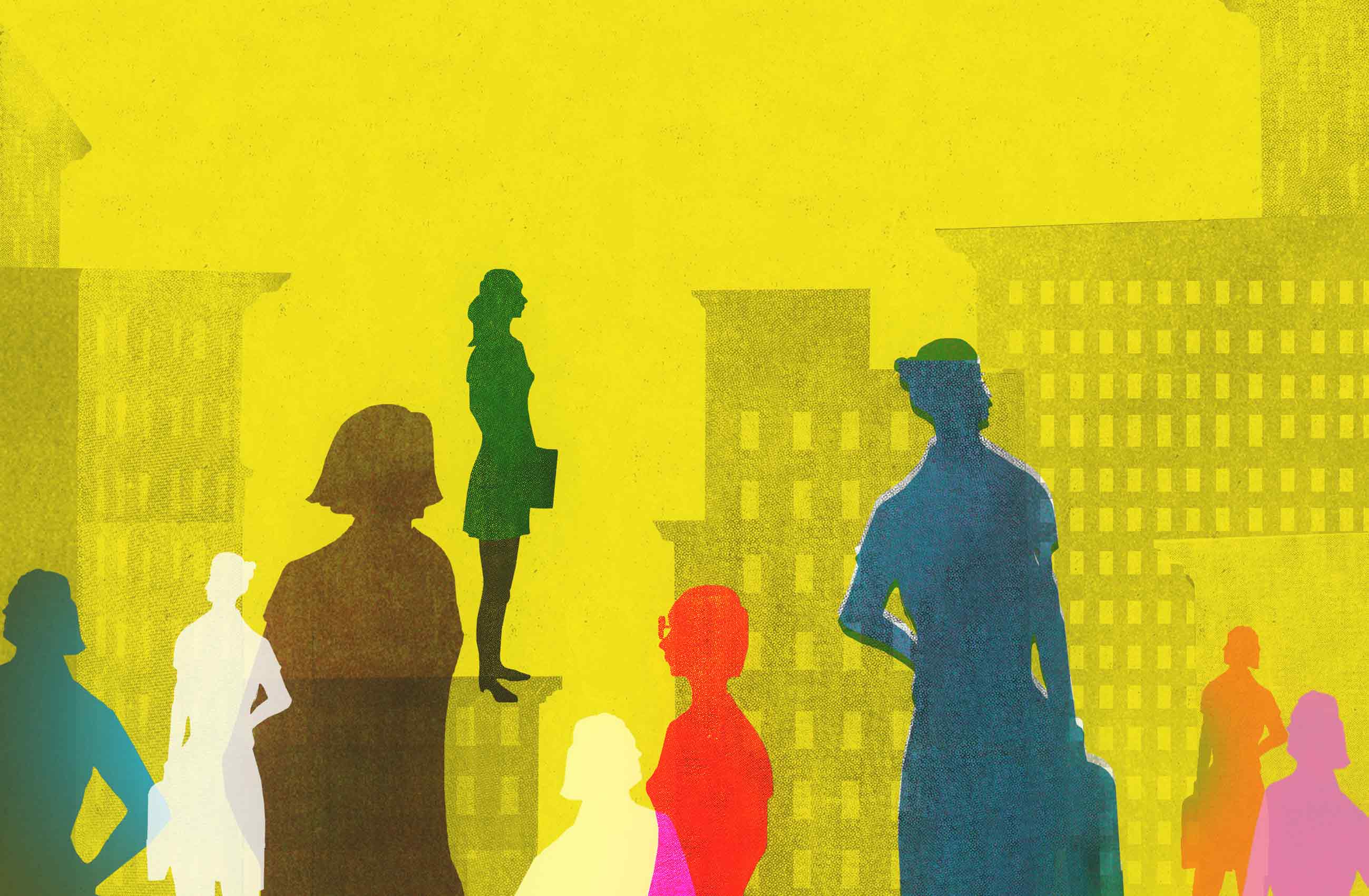 When the ordinary is extraordinary the world improves. The feminine is pushing humanity forward. We are witnessing historical moments in which women have, increasingly, an outstanding role.  Anonymous or famous, whether they appear in the media or not, women are making a difference.

It’s been four years since the first Chinese female astronaut began her mission successfully. More than six decades after Chairman Mao Zedong claimed that in communist China women would hold “half the sky”, and Liu Yang and two other crewmembers travelled in the Shenzhou 9 spacecraft.

In Burma, twenty-one years later, Aung San Suu Kyi was awarded the Nobel Peace Prize. The opposition leader, an icon of her country and the struggle for freedom, says that Burma is still far from complete freedom. After 15 years under house arrest, she still has courage left to continue raising her voice, to defend peace and to participate in the uncertain parliamentary politics of her country.

At the same time, three other women have a voice of the utmost importance in global finance: Angela Merkel, Christine Lagarde and Janet Yellen. The German Chancellor is asked to turn on the engines of the world economy. Meanwhile, the managing director of the IMF has recommended a collective effort for the euro zone to reach “a critical stage in its development”. Janet Yellen, the president of the US Federal Reserve said: “the economic outlook is uncertain, so economic policy does not follow a predetermined course. Our ability to predict how the federal funds rate will evolve is quite limited because monetary policy will have to respond to any circumstance that could hit the economy. When changes occur and the economic outlook changes, monetary policy must be adjusted”. They are the protagonists of a historic moment for the international economy.

Anna Wintour, American Vogue’s editor in chief, has called the shots in fashion for over twenty years. Her influence as leader of one of the economic sectors with the greatest potential in the United States and the world, transcends this area.

More than 90% of the most powerful women in the world have short hair. Why? Merkel, Lagarde, Nooyi, Ghandi, Clinton, Obama … Rousseff until recently. People answered to my question in Twitter, overwhelmingly saying that it’s for lack of time to do their hair.

Today we are no longer surprised that Madonna is still the Queen of Pop and that Lady Gaga, Beyonce, Taylor Swift, Jennifer Lopez, Shakira and Rihanna are in the Top Ten of the most watched videos on YouTube. Women rule, not only in pop and politics.

Until 2012, more than 1,7 billion people on earth were under the rule of a woman president or prime minister. Among the most important up to then were the already mentioned Chancellor Merkel, Dilma Rousseff in Brazil, Cristina Fernandez de Kirchner in Argentina, Dalia Grybauskaite in Lithuania, Johanna Sigurdardottir in Iceland, Julia Gillard in Australia or Ellen Johnson-Sirleaf, the current president of Liberia. Today they are fewer. But this means that a quarter of the population of the planet was led by a woman. Everything is changing.

It is a reality that the 2012 Summer Olympics were the Games of Women. For the first time in Olympic history, all delegations had female athletes in their teams -a total of 4,850 athletes, which account for 46% of the participants. A percentage that is a close enough reflection of the 7 billion people that inhabit the planet, of which roughly half are men and half are women. 116 years later. Better late than never. The good news is that the trend was consolidated in the Rio 2016 Olympic Games. And in the Spanish team, women won more medals than men. 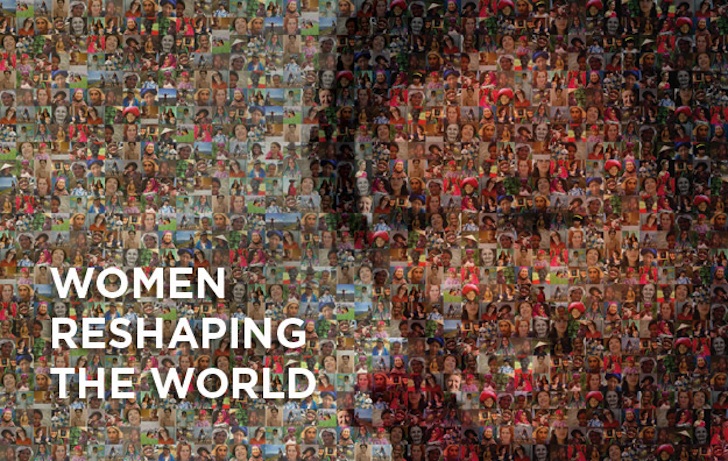 Although advances in recent decades have been remarkable, much work remains to be done. There are small examples that show how far we still are: in Wikipedia only 8% of editors are women. That means that our new universal encyclopaedia is being written almost entirely by males. And women comprise only 25% of the global workforce in the technology sector. Interestingly, Katherine Myronuk said, “women have always played a central role in technology, but they have remained invisible in recent times. For example, in the beginnings of computer science, the first programmers were women, as well as those who worked with the first computer, the Eniac. They invented many programming guidelines that we still use today, but it’s something that almost nobody knows. They were very interesting women”. Katherine Myronuk is a professor at the Singularity University. Women lead less than 5% of all technological projects in the USA. And only 4% of companies in the Fortune 500 list have a female CEO. 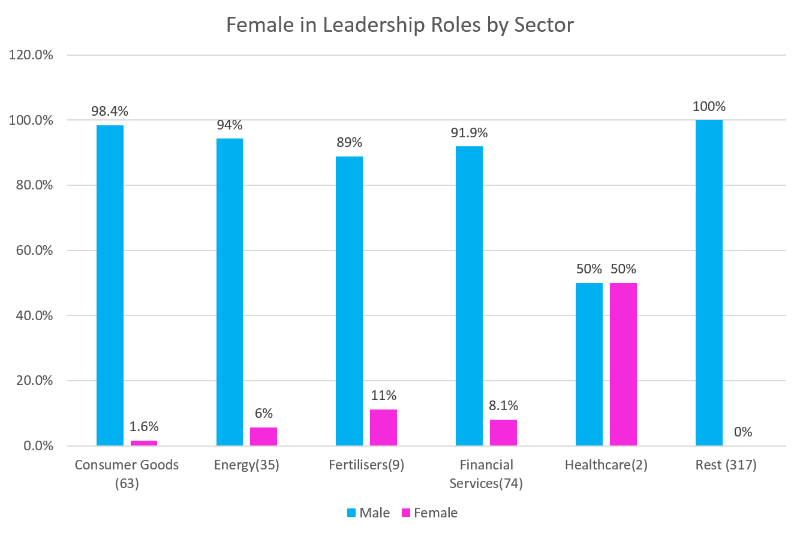 The world and the companies increasingly understand the importance of diversity in work teams, and the technology market -no stranger to this circumstance- could take advantage of the female vision and outlook. More women in technology would surely result in new developments.

It’s nothing new to say that there are fewer women entrepreneurs than men, but it has been proved that they fare much better than men. Companies created by women or with a high rate of them in leading positions, have better rates of return than men. According to a study called “Women in Technology: Evolving, Ready to Save the World” from the Kauffman Foundation, women have a 35 % higher return rate. The reality is that we all have the ability to be entrepreneurs, but women have shown that when they have the opportunity to do so, in the more fragile or emerging economies, they improve their environments, their families, their people, their cities.

On the other hand, among the silent and unknown women of the world we find the greatness of the small.

Being a working woman and a mother is already something extraordinary. And although it involves sacrifices, women create their own perfect balance the more imperfect their reality is. And that is absolutely admirable.

The ordinary becomes extraordinary precisely because of it.

Some have been very critical to the advancement of women’s rights, which has taken place in recent years. Some argue that it ended up being a setback. That today women work more, rest less, are more exposed and less comfortable.

However, the United Nations Development Programme (UNDP) states in its principles that the female population has been instrumental in the progress of democracy, poverty reduction, prevention and recovery of crises, protection of the environment and sustainable development. It also claims:“empowering women fuels thriving economies, productivity and growth.”

In turn, the UNDP publishes a Gender Inequality Index, which takes into account three aspects:  insertion into the labour market, empowerment and health. The way societies treat women says a lot about the development of countries.

Despite progress in this area, the UNDP notes that women represent 60% of the poorest in the world, less than 16% of parliament members, two-thirds of the illiterate and are subject to systematic violence, both in armed conflicts and in the privacy of their own homes. However, there are stories of women who show their resistance, strength and courage. They are key players in democratic government, poverty reduction, prevention and recovery from a crisis, the environmental protection, sustainable development and the response to HIV and AIDS, the major areas where the UNDP focuses all its efforts. Gender equality and women empowerment are human rights and the key for development and the achievement of the Millennium Development Goals (MDGs).

There’s an extremely long way left to go … As I write these lines we know that there are 500 million illiterate women in the world. “For women, learning to read and write is like getting out of the darkness,” said Aicha Bark, who works in an NGO in Africa to give voice and hope to women. There are many women, perhaps not as many, who refused to accept injustice or the traditions of their countries that prevent them from growing, flourishing, or simply being free.

Without women, the world has no future. It’s an obvious sentence that needs to be repeated. To maintain a continuous and solid rate of economic growth until 2030, countries (apart from creating the quantity and quality of the jobs needed) should focus on education, training and the inclusion of women in the labour market. When the participation of women in the labour market increases, there’s a boost in the rate of growth of the Gross Domestic Product.

The sum of these facts and realities (some unknown, some famous) leaves us with one certainty: that strength, energy and, in particular, the female instinct is what pushes us into the future. Undoubtedly the future belongs to women.