Regarding the essential skills to create a better tomorrow. 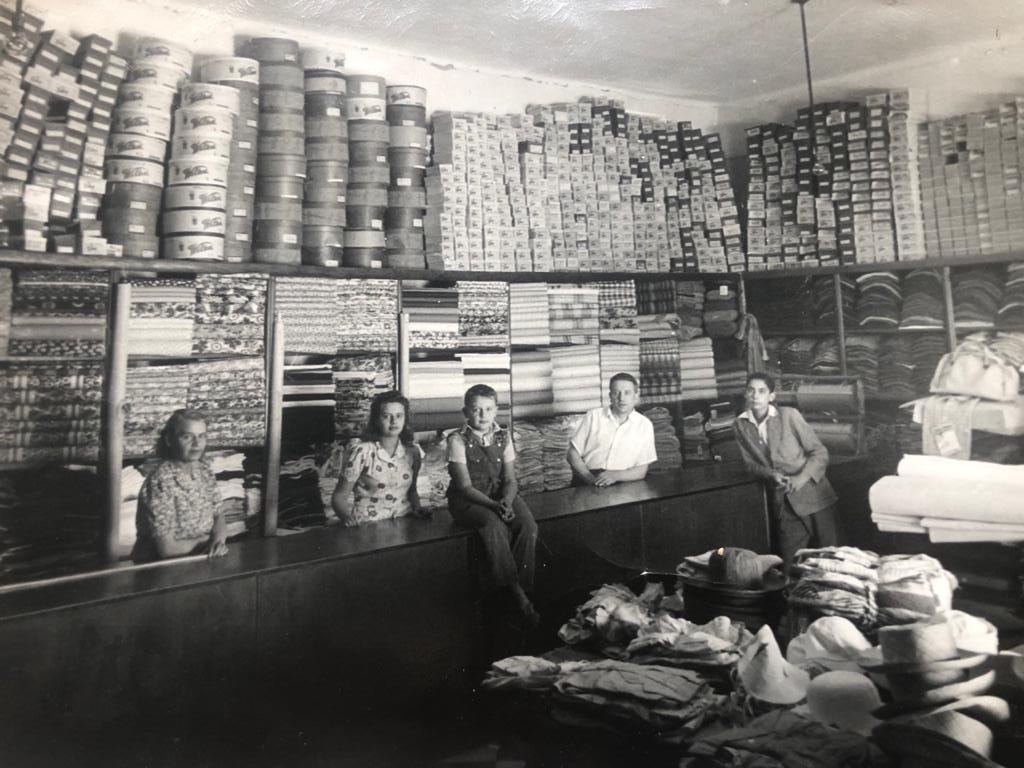 100 years ago, a young man named Wola said goodbye to his native Poland forever. Europe was leaving behind the first great war and a devastated and hungry continent. As if the First World War had not been enough, in 1919 the Polish-Soviet War broke out.

Wola, he had hardly known what peace was, what it was like to have a plate of food three times a day, but if he was clear, there was a better life.

After wandering around Europe, he got on a ship, it is not known precisely if in Hamburg or Marseille, and after weeks of a journey that was not comfortable, but full of hope, he arrived at the port of Buenos Aires.

He settled in an immigrant building in an area of ​​the city of Buenos Aires and from there a new move to the south of Argentina, to a town called Allen, where he began working in a general store. Between his native Poland and Patagonia 13,313 kilometers away. Superstitious refrain. After acclimating to a country where everything was different, he began to feel at home. After years of hard work, he created his first general store in Allen and called it “Tienda La Confianza.”

His reality was improving year by year, not without effort, while the world continued to be complex, uncertain, volatile and ambiguous. But he had decided to work on his own destiny. Like when he decided to leave Poland and cross the world to Argentina.

By the way, Wola did not look back, rather he used the past as a springboard, and not as a sofa. Wola repeated that you should not get tired of changes because changes never tire. He also said that there was no point in holding on to things; that you have to learn to enjoy when things are there and not regret when they are missing. He stared at you with those big blue eyes and reminded you that everything comes and everything goes, like one day.

I remember every time I saw him he would smile. He was never rich, he was never famous, he was never a celebrity, but he was always happy, from the heart. He always smiled. It was as if he was grateful for all the good he had achieved, despite the various hard blows that life had given him. I learned from him that being cheerful is a habit and that being negative is a habit that everyone has the option of choosing.

His name, Wola, has two meanings, “courage” and “will.” And of course the will, as well as the courage were essential.

When the Berlin Wall fell and we celebrated the end of the Cold War, Wola was turning 9 decades old. It was at that time that a very modern concept was born: VUCA. At that time in the United States Army War School the expression VUCA was created, an acronym that summarizes the volatility, uncertainty, complexity and ambiguity of a global scenario, at the same time a combination of qualities that, in Together, they characterize the nature of some conditions and situations of the present and of the future.

I was fortunate to study International Relations at an exciting time in our history. While the end of the cold war and the fall of the Berlin wall were taking place, we used the newspapers to study, since there was no updated bibliography. Teachers were facing a new world and for students new was the norm. I remember that era as a space for debate about what was happening and where we would go. The teachers reminded us of the past that we came from and we imagined the future we wanted to go towards.

For many contemporary organizations — from the military to business, from business schools to governments — VUCA is a set of learnings and insights about anticipation, evolution, and intervention. Therefore, it relates to the way leaders and decision-makers contemplate, analyze and solve to plan, manage risks and solve problems or, ideally, prevent them.

Today we talk and mention VUCA, we believe that today’s world is more uncertain than ever and we hit our heads against the wall for living in this situation. But this reality is a thousand times better than Wola’s. Every time the uncertainty grows I remember Wola, who with Courage, Agility, Will and Joy knew how to transform a tremendously unfavorable present into an enriching life project. Attitudes were as essential 100 years ago as they are now.

Wola, I was eating like there was no tomorrow. When we peeled the apple, the peel was as thin and transparent as tracing paper. And he lived gratefully for more than 92 years until embarking on a new journey on September 18, 30 years ago.

The world is no longer facing the challenges of the post cold war but it is worth understanding how it can help us move to the next level, both on a business, organizational and personal level. I had a reverse trip. From Buenos Aires to Barcelona first and to Madrid later. It is 10,039 kilometers, which I did not do by boat, but by plane, which I did not do alone, but with my wife and eldest son, a trip in which we still did not have smartphones, or WhatsApp, or Facebook. Google was 4 years old. Wola had taught me that travel is not a destination. “If you don’t enjoy the journey, you probably don’t enjoy the destination. So always make sure you enjoy the company and you will end up enjoying the trip and the destination. ” Travel as a metaphor for life and life as a metaphor for travel.

Starting a new life in another country shows your character. To hope and illusion are added the fears of the new and the unknown. Any similarity with the life that we have to live is not a mere coincidence. The world is an increasingly uncertain and complex scenario. We are all living it firsthand. We are in a new VUCA scenario. And starting over, changing your gaze and clinging to courage are essential.

At the beginning of this century, when challenges multiplied and my reality became more complex, I always thought of Wola who with Courage, Agility, Will and Joy overcame the volatility, uncertainty, ambiguity and complexity of two world wars, one cold war, immigration to the other end of the planet, to name a few. One of Wola’s great contributions was this new expression that I share and present to you today: VAVA. I learned that to navigate these troubled waters of the 21st century, more relevant than a certain set of circumstances, VUCA, it is more relevant to have a set of attitudes, VAVA.

VUCA always referred to the context and its circumstances while Wola’s VAVA speaks of personal characteristics and attitudes. Not about what happened outside of you, but about what from within you helped to deal with the outside. VAVA is not an acronym, it is an attitude, it is a way of looking life in the eye, not only to overcome obstacles but to create opportunities. My proposal is to share with you today that VAVA is not said, it is done.

I have learned to plan for uncertainty. I have managed to reshape my mentality, regenerate my professional project, reinvent the way I work, reconnect with the most essential of the human being. Many of you, I imagine, are between worried and anguished before an ambiguous and complex scenario. But surely many of you are also very excited and motivated before a new horizon of hope.

Our future scenario will continue to be VUCA and the commitment and duty of each one to each one is to value the VAVA that each one carries inside. Each person can make an impact in the lives of others. Like the one Wola generated in me and in so many other people. I invite you to leave excuses behind and embrace opportunities without fear. Wola’s trip was an exciting trip, not without problems and pains, but on balance it was an extraordinary trip.

And every time the uncertainty grows I remember Wola, who with Courage, Agility, Will and Joy taught me so much. Wola is no longer here but she taught me that to deal with a VUCA world we need a VAVA attitude.

Va (Go), she said, go ahead, go, come on, without fear, the future belongs to the brave, not the cowards. Va (go), be brave, agile, willful and cheerful. Like Wola, all of you can make a difference and make an impact, like Wola, who besides being a great teacher, was above all my dear grandfather.

Note: Everything that is happening this year took us all by surprise. For this reason, beyond adversity and new challenges, this 2020 deserved a TEDx that will take us towards new horizons. TEDxLima 2020 is inspired by ideas in search of building a better society and a better future. This year I was lucky enough to be one of the Speakers and with great emotion I wanted to share my talk with you.