Innovation is not technology it is a new mindset 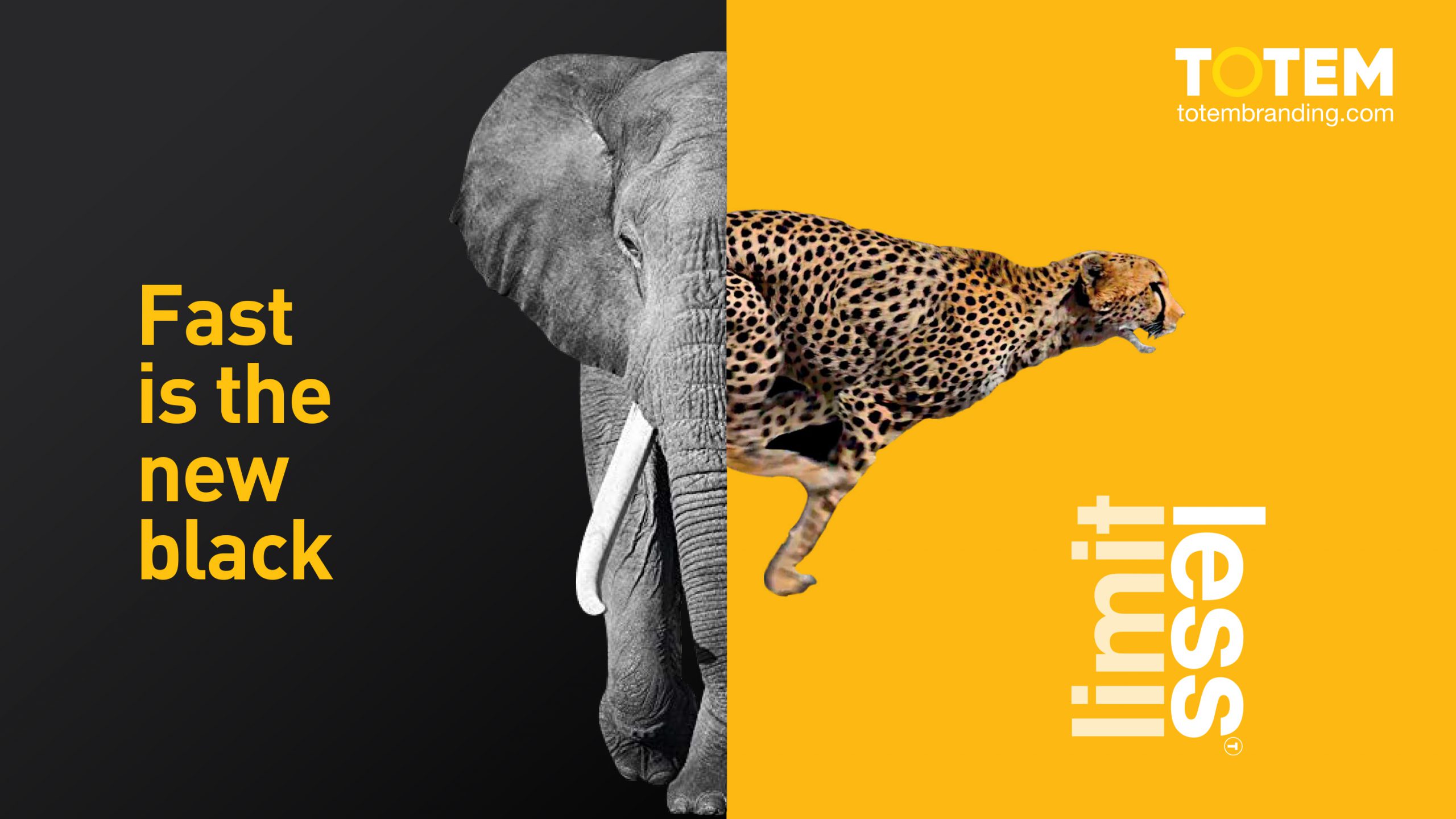 We have been working on branding and innovation projects for more than two decades. Since then, the common denominator has not been technology, but a new mindset. Advances and progress in the field of new technologies never cease to fascinate us and undoubtedly enhance opportunities to amplify, resonate or scale. But what has historically set the tone for change is a fresh look and an open mindset to not only embrace innovation, but to create it, promote it, develop it.

Since last year TOTEM Branding and the Global Sports Innovation Center, powered by Microsoft and in collaboration with Sport Singapore, have been working on a new series of activities exploring the relationship between brands and innovation today.

For this purpose, a program called “Brandinnovation Series, powered by TOTEM” https://totembranding.com was developed, which included a series of interviews with key figures in the sports industry representing some of the most relevant international organizations, as well as master classes and workshops with universities in Singapore.

I was lucky enough to host the “Brandinnovation” program and some of the questions addressed bring us closer to the answer about the deeper relationship between branding and innovation.

Between the chapters we had as guests prominent personalities from LaLiga, Decathlon and Paris Saint-Germain. Of course we talked about sport, but above all we talked about innovation and branding. The global impact of sport is becoming increasingly prominent and the role of brands and innovation play a strategic role in this new reality.

We ask why branding is so important these days? And what is the deeper relationship between branding and innovation?

Today, brands communicate, inform, connect, interact 24 hours a day, 7 days a week and many on a global scale.

LaLiga, for example, is broadcast in almost 200 countries around the world with an audience of 3 billion viewers and publishes in 18 different languages on its networks and already has more than 100 million followers on social networks.

We also asked why sport is so important these days?

How was the process to create the Innovation Lab in Singapore and why Singapore?

According to Sport Singapore, you can live better through sport. And Sport Singapore recognises the value of sport in promoting national priorities of developing its people and uniting its communities.

Decathlon and Sport Singapore share a common purpose which is to make sport accessible.

Aiming to be a global leader requires eliminating the fear of change. The brands that will dominate the 21st century are not afraid of change.

We asked about What are the main issues you need to address to transcend cultural barriers as a global brand?

Today, Paris Saint-Germain is present all over the world and covers different fields such as Academies, E-Sport, etc. It has become one of the most innovative football clubs in terms of branding and artistic collaborations.

PSG has managed to penetrate different markets thanks to its “lifestyle brand” strategy and has different collaborations with athletes, artists, designers and musicians such as Justine Timberlake, Michael Jordan among others.

What is happening with innovation, both locally and globally is exciting.

And LaLiga, Decathlon and PSG are an outstanding example, but there are more.

Pirelli, Inter’s sponsor since 1995, is no longer on the shirt of the Football Club Internazionale Milano S.p.A., from this season will be $Inter Fan Token of socios.com.

$INTER Fan Tokens – the name for the new Inter fan cryptocurrency or token – will offer a variety of new experiences to Inter Milan fans around the world. Fans will enjoy a host of opportunities on Socios.com, including exercising their influence on the Club through important, interactive and fun surveys that will be conducted each season.

Fans will also have access to exclusive Club content, will be able to test their skills and play Club-related games against fans from around the world, participate in competitions, contests and reach global leaderboard positions to earn real, once-in-a-lifetime digital VIP experiences and rewards.

Collectibles and sports-themed NFTs are the most popular, according to Nonfungible’s data; digital art is in third place. Nearly 300,000 sports-related tokens have been sold in the first half of the year, compared to 124,000 for art.

NFT transaction volume has increased more than 25 times since December 2020, as NFTs usher in a new paradigm of interaction with culture, music, sports and media.

In addition Inter Milan, reigning Serie A champions having dethroned Juventus after almost a decade of hegemonic reign, unveiled their new jersey for the 2021-2022 season, which features a snakeskin-like design and is made from 95% recycled materials. Innovation is also commitment and conscience. Innovation has a woman’s look

Naomi Osaka, 23, is the highest paid athlete in history, but she is behind 14 men. Osaka earns most of her income from sponsorships, not from prizes or salaries. The professional athlete wears Louis Vuitton clothing, as she is the face of that fashion brand, as well as Levi’s jeans. On the tennis court she wears Nike shoes, wears a Heuer watch on her wrist, Mastrcard praise on her cap and Beats headphones. And he’s already got his documentary on Netflix.

Five-time world champion Simone Biles, the only gymnast to have won it three times in a row, 24, has left Nike for a new sponsor. According to Biles, Athleta will support her not only as an athlete but as a person. Her decision came after Allyson Felix, a decorated sprinter, challenged Nike for penalizing pregnant athletes and joined Athleta. (Nike has since changed its policy).

What is remarkable about this collaboration is that it is based on shared values and principles and a shared commitment “to empower the next generation of girls.

Interestingly, thanks to or despite the new channels of mass communication, traditional power brokers – whether in tournaments, brands or the media – are beginning to realise that looking after themselves now also means looking after the interests of athletes and listening to what they want to achieve.

Search for shared values, commitments, principles and goals, although not in its entirety, if in part, because increasingly, athletes, influencers, are the ones who are taking control. Or perhaps, rather, the audiences, the fans, are giving it to them.

Innovating to disrupt before being disrupted

At this point the growth and potential of esports is undeniable, but it becomes even more apparent when multi-billion dollar conglomerates enter the business. Fox Sports, now owned by Disney, has announced a deal with Electronic Arts (EA) for exclusive broadcast rights to FIFA esports in the United States until 2026.

The agreement states that all major football game competitions will be broadcast on one of the company’s channels, as well as on Caffeine.tv – a streaming platform similar to Twitch.tv.

Ibai Llanos offered on his Twitch channel 21 of the 27 matches of the Copa America. Kosmos, a company whose CEO is Gerard Piqué, acquired the rights when the competition had already begun. He gave them to the ‘streamer’ fashionable in exchange for the promotion of the Davis Cup. The audiences have been a success, especially in the final: there were 507,430 viewers on average and 641,403 in the golden minute, according to TwitchTracker.

Is the digital as real as the real?

Everything seems to indicate that Arcadia opens a new category of sports and entertainment. A new platform is emerging that unites athletics and traditional games with the limitless world of virtual reality.

Beyond the market potential it generates for data analytics, digital marketing and the development of new experiences, I wonder if the brains of “video game athletes” are ready to experience what this technology promises?

Another of the clear examples of a job well done merging the physical with streaming platforms and content is Formula 1. The most popular motor racing championship in the world was losing fans over time and carried out several actions to boost its image around the world.

The filming and release of a full-season F1 documentary took fans inside the pit lane and gave them a feel for what each team is doing as if they were a mechanic. This produced a double-digit increase in viewership in the US from one year to the next, proving that you need to connect closely with the fans if you want to increase the audience and reach of the sport. The future of innovation is not just about technology, but about a new mindset.

Opportunities to innovate are growing like mushrooms. Every day, everywhere in the world. Wherever there is a need there will be innovation. And hand in hand with the creativity and energy to transform ideas into tangible projects will come the commitment to do so with a social and environmental conscience. These small changes that this post reflects will undoubtedly be the prelude to larger movements, more transversal transformations and a new era of changing paradigms in which innovation will be essential.

Finally, in the midst of this ocean of change, the Tokyo 2020 Olympic Games began in July 2021. And karate, sport climbing, surfing, skateboarding and baseball are the five new sports added to the Tokyo Olympics. The most remarkable novelty is that it will have the largest number of female athletes in Olympic history.

At the Tokyo Olympics, 49% of the participants are female athletes, marking the first time the international competition has achieved near gender parity (according to the International Olympic Committee).

The percentage of female athletes at the Rio 2016 Games was 45%.

“A milestone in gender equality on and off the field,” International Olympic Committee.

When women made their debut at the games in Paris in 1900, there were only 22 among the 997 participating athletes.

Much of what happens in the field of innovation is related to technology and new solutions and tools. But innovation is not only technology, it is, above all, a new mindset.