Human beings between insignificance and transcendence. 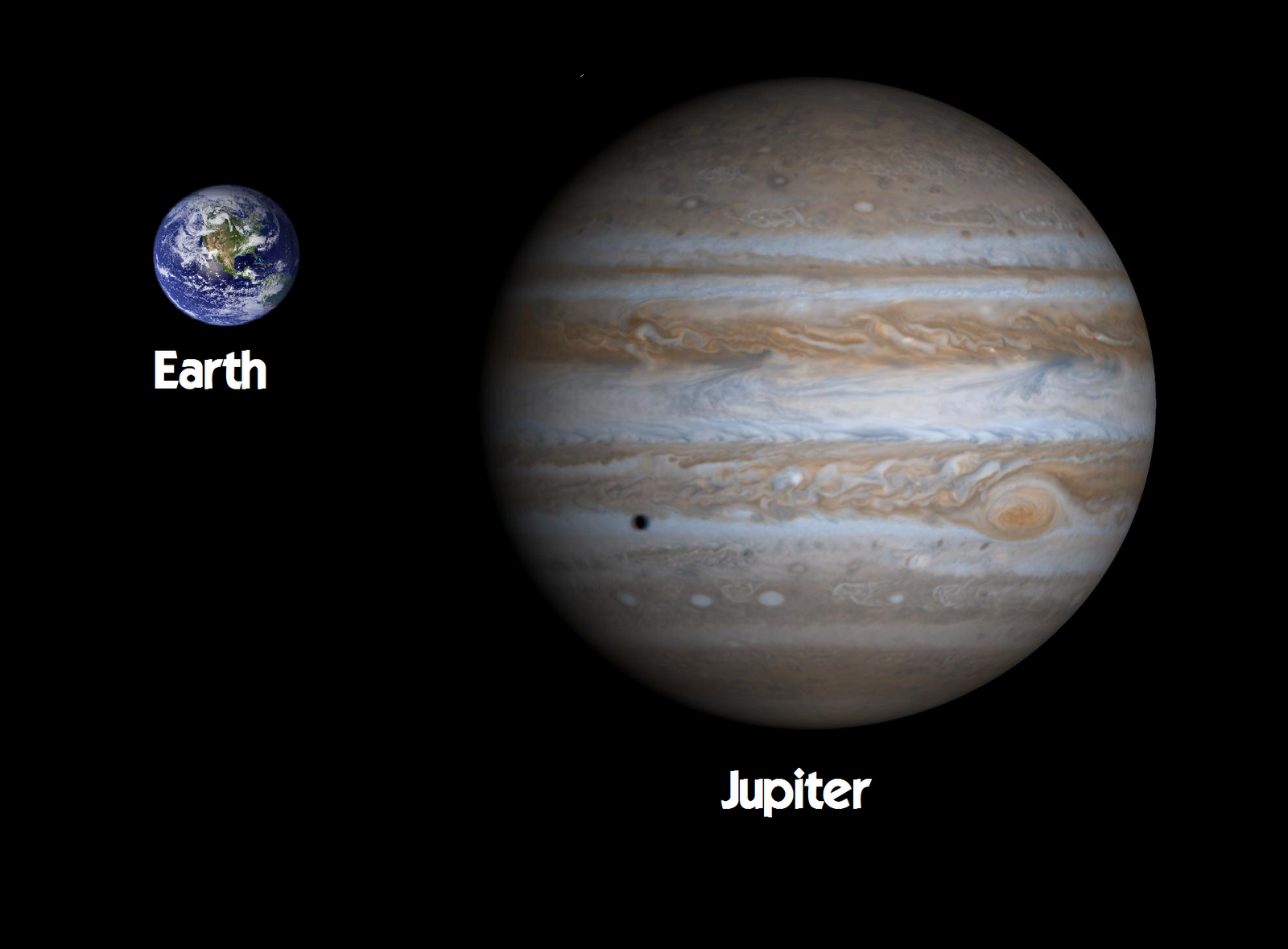 Man has come out for the conquest of space for good, more as a necessity than desire.

In December 1973 the NASA mission, Pioneer 10, was the first spacecraft to explore Jupiter. A year later, the Pioneer 11 made its closest approach to the planet. It was December 4th, 1974. Forty-three years later, on July 5th, and after five years of travel through more than 1.8 billion miles (2.8 billion kilometers), the Juno mission is orbiting around the largest planet in our solar system.

Juno will study the planet’s composition, its gravitational and magnetic fields and its magnetosphere. The mission aims to find clues about how the planet formed, including checking if it has a solid core, measuring the amount of water present in the depth of its atmosphere, the distribution of the existing mass and the study of its winds.

“Jupiter is key, was the first planet in the solar system formed, it is the first step towards us,” says Scott Brown, Juno’s main researcher.

Juno plans to come 4,667 meters close to Jupiter, up above the clouds, breaking the current record of proximity, which was set by the Pioneer 11 spacecraft in 1974, with a flyby of 43,000 kilometers. Jupiter has more matter than all the other planets, asteroids and comets together, looking more like a star, as its two main components are helium and hydrogen, like the sun.

Brown explains that “Jupiter absorbed most of the leftover gas and dust remaining after the formation of the Sun and then the other planets formed, that is, we, the Earth, are the leftovers of the leftovers from the solar system.”

The interior of this planet and its origin remains a mystery four centuries after Galileo made the first scientific observations of the planet. 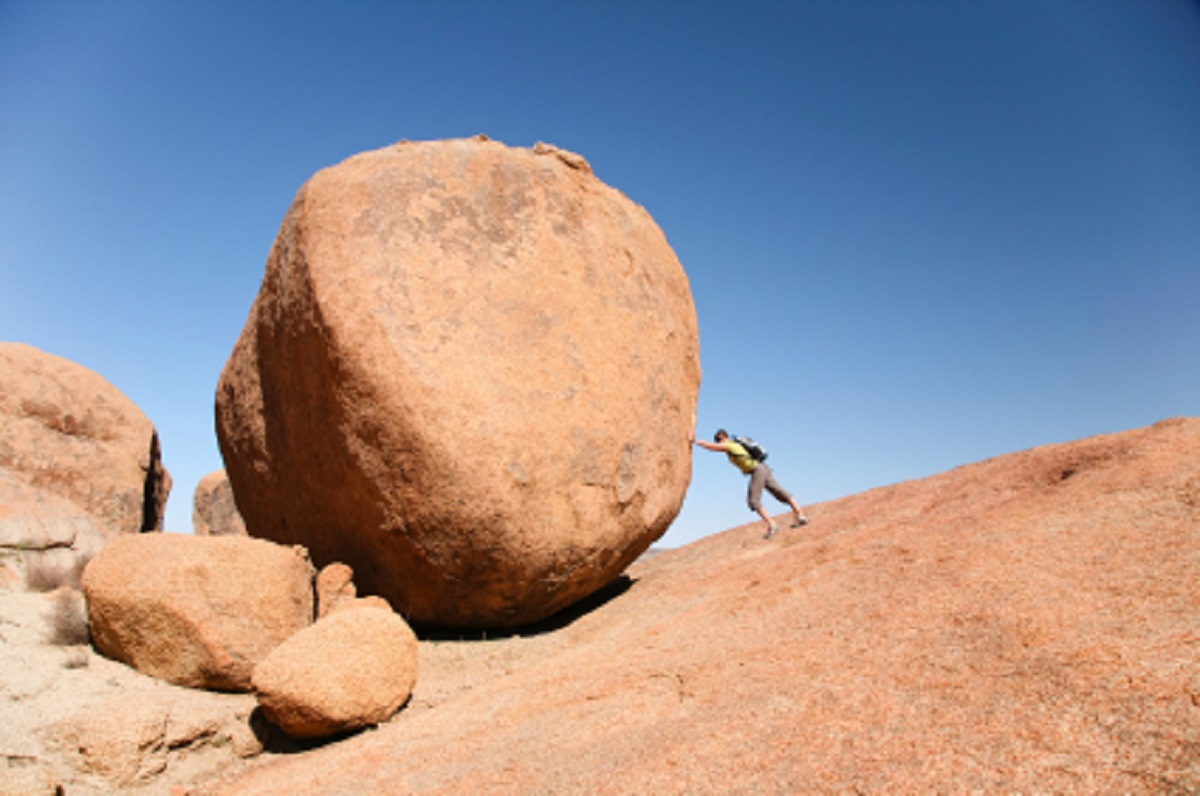 This same week that humanity put Juno into the orbit Jupiter, we witnessed the massacres in Iraq, Yemen, Afghanistan, Turkey, Orlando, Bangladesh, Syria, Kenya, Cameroon, Mali and Lebanon, more than 500 people dead in attacks in the name of God. According to the Global Terrorism Database, from 1970 to 2015 there have been more than 150,000 terrorist attacks. Perhaps the question arises as how in one same planet, progress, science and innovation can live together with this barbarism, so unlike of the XXI century, and closer to the Middle Ages than to the Digital Era.

Only In the month of July in the United States, there will be more than 3,000 deaths in traffic accidents. This figure is chilling, more than 30,000 a year.  A teacher in Boston said to me that those who die on the roads each month almost amount to the casualties of 9-11. This same week, the first fatal accident of a car on autopilot, a Tesla Model S, was reported. This is the first fatality of an autonomous car, so it is in a legal vacuum in which the responsibilities as to what happened have to be filtered. Meanwhile, the authorities of the NHTSA (National Highway Traffic Safety Administration) said they will study the implications of the case. Tesla reported that this is the first time that a fatal accident occurs in one of their “S” vehicles in the more than 209 million kilometers that were driven since the autopilot was activated. “Among all vehicles in the United States there is one fatality per 151 million kilometers driven,” Tesla said.

While new and necessary discussions on both legal, ethical, and policy issues appear about the so-called autonomous cars, there are people in California who are going a little further. In the Global Tech Issue of Bloomberg BusinessWeek there’s an article about flying cars. And this is not an article on “how the world will look in 100 years”, it is from now, and it’s about companies like Zee.Aero, a company which was created six years ago and is working to revolutionize transportation: the development of flying cars. Who is crazy enough to tackle such a project? None other than Larry Page, Google co-founder, who has personally invested (not through Alphabet) more than 100 million dollars in the start-up.

Zee.Aero is working on developing the first individual aerial vehicle, computer-controlled and which takes off vertically. More than 50 years ago, Paul Moller, emeritus professor at the University of California, created a prototype aircraft that everyone could park in their garage. He tried the first prototype of the XM-2 in 1966. The quest for the flying car is not new and became popular with the trilogy of “Back to the future”. 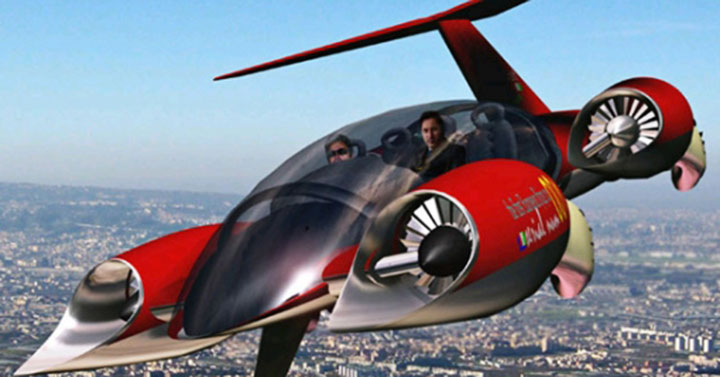 When cosmonaut Oleg Artemyev was asked: ”When will man tread the surface of Mars?” he replied: “My prediction, in the best case, being optimistic, we could hit this planet in 30 years. But I think we will succeed only in 50 years. I think there is a future for humans in the universe”.

The Juno mission is part of a more ambitious project of humanity. It is not only to understand the origin of our galaxy, and our planet, but also to find a Planet B to live in. If Stephen Hawking is right in his prediction, these missions will be as necessary as essential. “Our only chance of long-term survival is to expand into space. The answers to these questions show that we have made great progress in the last hundred years, but if we want to continue beyond the next hundred years, the future is in space. That is why I am in favor of spaceflights”.

Space exploration, terrorism, self-driving cars, flying vehicles, the conquest of the unexplored. Science, creativity, innovation, all areas of our lives are being affected by technology and behind it there is the human mind and its unlimited capacity to build and destroy. The question is raised about what kind of civilization we will build our future. Man, perhaps, is not aware of its full capacity until he puts it to the test. I am convinced that constructive capacity will prevail; the future of humankind depends on it.