Brands: From Esthetics to Ethics 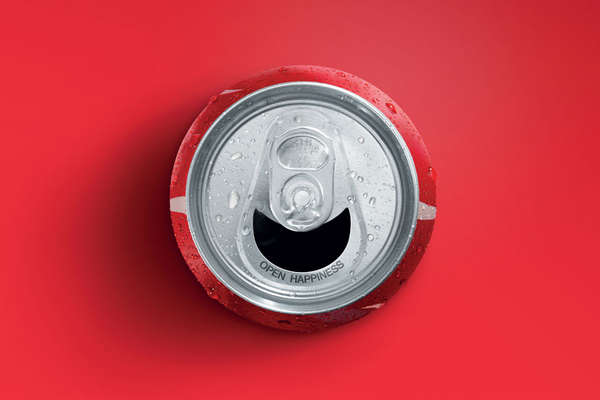 Brands used to sell the beautiful, the attractive, the ideal. Brands were based on offering happiness. After decades of thinking how to manipulate the consumer through confusing messages and esthetics, new paradigms started to appear, rendering the existing formulas obsolete. To manipulate means “to be taken by the hand”, and brands used to take consumers by the hand. What better medium than the television to do it? Without television, propaganda first and the advertising discourse after it, could not have grabbed the attention of the public, something that they still do. That attention was fundamental to create and offer needs that were as new as they were unnecessary and useless. Since then brands, since then have started to fill the empty space that so many people felt in their lives. Lives that were introduced into the consuming world in such a natural way that it didn’t seem that that incitement was manipulated. And so questions and need began to appear. How do you manage to live a life full of nothing? The solution was easy: by buying products. By going from being a person to being a consumer. By being part of the new consumer society..

In the eighties, the peak of massive advertising got to a tipping point: a new qualitative and quantitative shift that penetrated even deeper into the most diverse social and cultural areas of society. The power of brands in current society found a solid foundation in the structural changes that took place back then. And when the new world that was created seemed to get closer to the ideal of the empire of the esthetic, the rise of the digital brought forth the beginning of the end of that cycle. Since we now live in a market that is becoming more transparent, it may make no difference what each brand offers and sells. But does it really make no difference? It does make a difference now. Our society tends to wonder more and more whether what brands propose is authentic, honest and trustworthy.

For the last twenty years, brands have been facing a new society, conditioned by a new paradigm shift. Associating a brand to a concept and repeating it again and again, hoping that the person remembers it in the moment of truth is not enough anymore. Esthetic changes and digital facelifts are not enough: the change must be deeper, honest and ethical. The time for principles has arrived for brands. It’s a transitional time from a century of a type of marketing based on persuasion and manipulation, to one centered on principles. And these are directly connected with ethics.

The 21st century brought forth an evolution in many of the theoretical foundations of marketing: with new technologies and the proliferation of mobile devices, the distance between the product (message) and the answer (client) became negligible. The stimulus is not close at hand anymore: it’s now in your hand –literally- in your smartphone. But this short distance that separates the product or service from the client started to be in question. Privacy, the right to intimacy, non-intrusiveness, responsibility and commitment fully entered the debate of how brands and people should relate with each other in this new market. And it’s exactly there, in this debate, where the issue of ethics came up again.

Why ethics? Because ethics influence the laws of conduct of a society, while morality constitutes a basic frame of personal conduct. Ethics comprise a set of guidelines that define the accepted practices and behaviors of a society.  Both ethics and morality affect our customs and ways of acting. Ethics is what affects in a general way what we do and how we do it.

At the end of 2010 I wrote the following for Tendencias 21: “Recession has generated a rather extended disbelief among consumers. What brands need in this new climate is a set of values that supports the good behavior and banish the fears of consumers. We must design products and brands that are rooted in need, avoiding excess, and which have a solid ethical character. Brands that have a purpose and that contribute to the well-being of the world community (without negative effects on the issues of consumption, weather, health and the world we live in) will flourish”. Five years have gone by, and it’s still as current, what reminds me of the time it takes for each process of change and each stage of social and cultural transition to happen. When did consumption become consolidated as an essential axis of our society? ¿Has modern man missed the chance to design desires in his own image and likeness? Has man left all his illusions in the hands of brands?

Today it’s not enough to occupy the consumer’s mind with a brand concept. It became necessary to create a different type of loyalty for products and services, largely, emotional ones..

But what really becomes relevant is to offer the client something that works for him, something that makes his life somewhat better, simpler, easier or more pleasant. The battle for the consumer’s attention and money is not only fought in people’s minds but in the ethics arena; in the real raison d’etre of the existence of each brand.

People are becoming users rather than consumers. And what the relevant brands are offering to users exceeded in many cases whatever expectations people had of them.  Consumer’s trust has been almost completely destroyed. This is a time in which we are looking for “engagement”, which translates as commitment, striving to gain back, encourage and strengthen trust and credibility. Rather than buying products, we choose meanings: values, ideas, attitudes. The powerful link between reality and brands is no secret to anyone.

To offer to improve people’s lives (consumers, clients, users, gods alike) is also connected to anticipating their future demands, dreams and needs. But if brands anticipate to the future desires of the consumer, what they are actually doing is building that desire before it exists.

There are thousands of clients waiting for companies to communicate with them, and when they participate and connect in the right way, the brand as an organization raises its visibility, its relevance and its influence and as a result, profitability improves. But, mind you! We should never mistake trust with popularity. To be a popular brand (one that is talked about a lot) does not necessarily imply being talked about in a good way. That’s why trust and popularity differ so radically in some cases.

In this world that is becoming more interconnected, massified and globalized, to reclaim individuality is a right. Culture kills strategy and values kill persuasion.

Companies that are aware of this new reality in the market environment will try to generate a new ecosystem that is committed, nice and where the user will feel an important part of it. Thus, the client will keep on choosing them. We have left behind a century in which we regarded Marketing as a mental battle, then we continued on to the emotional, until we got to the ethical. The world of brands is so ambitious in striving for cultural penetration that it manages to make society internalize it and accept it openly.

By the end of the eighties, Philip Morris bought Kraft for an amount that exceeded six times its real value, a proof that the intangible had an even greater value than the tangible. Since then, the growingly accepted and extended idea that a brand was not only a complementary value when selling a product anymore, but that the brand would become the most profitable investment.

If the brand became more important than the product, then the cultural transformation had to do with becoming aware that the product is secondary in relation to the brand, which, since that moment, became the real value.

It’s not about influencing any more, but about thinking and feeling, stepping into the client’s shoes, who is the one who is going to choose my brand, my product, my service, and share with him the same values. “This thing is for the everyman. That’s our end user. It’s the schoolteacher. It’s the garbage man. It’s the kid. It’s some grandma in Nebraska. We need to make this thing simple. It’s got to work… like an appliance.”

The most admired ethics are not communicated in the shape of advertising, but they are implicit in the product and the DNA of the company. For the consumer, a brand without values will not be enough. For brands with a culture based on values and principles, ethics will work in such a natural way that it will be impossible to not be adopted by its employees and clients, too.

We have more than enough resources to make new brands, but we lack reasons for them to exist. As long as abundance keeps saturating the user, brands and people will need some sense.

For brands, this only translates into one word: principles. That way, the user could become part of the brand because the value of truth would win over persuasion and manipulation.

The consumer society of the future will become that of a responsible consumer. We can’t help but reflect on a deeper matter: Will those brands that are not ethical survive?

“Advertising” – said Don Draper- “is based on one thing: happiness. And you know what happiness is? Happiness is the smell of a new car. It’s freedom from fear. It’s a billboard on the side of the road that says that screams reassurance that whatever you’re doing is okay”. Brands sold the beautiful, the attractive, the ideal.

The esthetics of this happiness tied to the material lacked ethics completely. It was just about selling products and associating happiness with things, as if these things were the means of acquiring it, and thus, stripping happiness and products of their real meaning.

Principles become real when they are born out of a real intention of being ethical. The immediate future for companies is to look inside their own brands, discover what their truth is, what their values are, and imbue their products with them and share them with the world.