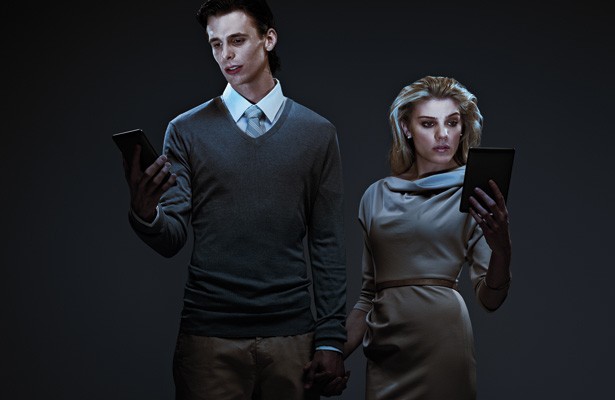 We are going through an exciting paradigm shift where the world of brands will never be the same again. Branding, in this new era, is the main difference between being recognized and going unnoticed. That is why the most successful brands work to make their presence noticeable and their absence felt.

Overcoming fears of a change of scenery is a central task for all companies. To change you have to move. To move you have to want. To love you have to believe. To believe you have to change. If fear is the enemy of creativity, fearlessness is the friend of success.

Brands need to recover that creative capacity; understanding creativity as the act of looking where others have looked and seeing what others have not seen. For this, Erich Fromm gave the recipe: “Creativity requires having the courage to let go of certainties”.

I share ten issues of relevance in this Digital Age. One paragraph per subject. For people rich in information and poor in time, a quick and deep read (even if it sounds like an oxymoron).

The 21st century is characterized by the advancement and expansion of the digitization of practically everything. Within this, the most palpable changes are related to the control of information, technological innovations, profound changes in geopolitics, new means of communication that have promoted a change in the way of relating to oneself, with others, with the world. But, above all, the impact is not only economic or financial but also cultural. New territories to conquer appear, such as outer space and the human brain. The Internet, which has just turned 25, plays a central, but not exclusive role in this new Digital Age.

One of the sharpest criticisms of the use of social networks is that, more and more, it brings people who are far closer together, and at the same time it distances people who are close to you. Simultaneously, the Internet has equated the possibilities and opportunities of all those who have access to the network of networks. As Francis Cabrel said, “we are all alike more or less naked under the sun.” At the same time, every day the idea of ​​global society is promoted, of the search for a common identity, of a universal culture, of belonging to new groups and modern tribes. Clearly there is widespread confusion. Technology is not responsible for people’s actions, perhaps it makes them manifest.

Soon everything will be automated, except for one thing: human emotions.

They are profound and interesting paradigm shifts that appeal more to anthropological than technological understanding of the phenomenon. I consider that the part of humanity, the one with access to the Internet, about 3 billion people, are beginning to be “trapped”. In this giant tube that is the Internet and once inside you can no longer leave. If hatred, jealousy, envy and resentment exist and are palpable in the offline world, how could they be absent in the online world. At the same time, solidarity, generosity, knowledge, are present. This intense change is simply due to the fact that the communication tools have changed, and a lot. Each one, as an individual, what do you expect? What do you want? What do you build? What do you aspire to?

I agree with the vision of Pope Francis on the position and attitude towards young people. The Pope tells them: “Be protagonists, play forwards, kick forward …”. In Brandoffon I ask: Do you want to be a protagonist or a spectator? But not only to young people, but to all of us who are at the epicenter of this new re-evolution.

Brands of this era should be delighted with this situation. Small and medium-sized companies because they have more tools and more ways to reach more people and to take their message to the global village. Big companies, like big banks, insurance companies, auto companies, phone companies, television companies, food companies, all are bigger and more powerful than a decade ago. Each time they agglutinate and concentrate more power. Is the size relevant? Is it that power of not being able to fall that makes the great essentials? In some cases, those companies like Apple and Google that coincide in being the two most valuable companies in the world and whose brands are the most valuable in the world do not adapt to the new era, they create it.

Apple has more cash than other giants such as Google, Microsoft, Verizon or Coca-Cola and more than 40 other countries, such as the United States, the United Kingdom, Germany, Turkey or Spain; while Google, for example, has more cash reserves than Canada, Sweden or Colombia.

Where to invest? In construction, care and brand development. Understanding that it is the most important asset of the organization.

Branding is what you are and marketing is what you do. I believe that it is time to establish Brandketing in organizations, which is the sum and integration at all levels of the soul and the voice of your company, product or service. Being the most strategic Branding and the most tactical Marketing, nothing better than said integration. Marketing undoubtedly contributes to Branding but the latter is much more relevant than any marketing action. Advertising talks about the brand, tells, communicates the story and the stories of it.

One of the serious problems of companies is that they confuse the meanings and seek marketing and advertising without being clear about what brand they are, or what brand they want to be.

Without Branding there cannot be successful brands. The point is that good branding can be as memorable as bad branding. Brands have to decide how they want to be remembered.

It depends on the type of brand you represent. In some cases without emotions there is no brand, no customers, no business. The Internet is a tool, it cannot compensate for the emotions we experience. In the human being, who performs 90% of her daily actions unconsciously, the emotional and sensory factor is decisive. The brands that connect with our unconscious, with our emotions, will be an added value, although there will be brands whose strategy is more rational. The tangible benefits are easily copied and temporary. The emotional ones last.

I remain convinced that the next revolution will be the revolution of the senses. We are 99.99999% energy void and 0.00001% matter. Emotions rule. We are not what we think, we are what we feel.

In this new Era, the only size that matters is the size of your vision, your attitude, your ideas and your quality. The brand is the most valuable asset of a company and a source of income generation. The process of creating brand value is a necessity that every SME must include within its business strategy regardless of its size. Remembering that you must build your brand with rigor, but without rigidity.

Never in modern history have SMEs been able to fight as equals with the giants, except now. They also have many professionals who for different circumstances are willing not only to advise these brands but also to be part of their development and growth. For SMEs it is better to have professionals, because as Red Adair says “the only thing more expensive than hiring a professional is hiring an amateur.”

I wrote recently: The first thing was the word. Before the light, before the cosmos, before man. Without the word nothing would have existed. The first words led to creation. “And God said … Let there be light; and it was light” The first use of the word was at the service of creativity.

If the word is then that which precedes us, that created us and created our whole world, how can we not understand that it is part of us, long before ourselves? Once brands understand that to connect with people you have to speak in the language of the people, their work will be less complex.

As Jeff Jarvis points out, “companies will soon begin to measure their value based more on the quality of their relationships than on the cost of their properties… Relationships will soon be worth more than business secrets… Relationships tend to say much more about expectations of a company than its quarterly revenues, since they create real value in the long term and raise a real barrier to entry against competition. ”

The power belongs to the people, it is good to keep it in mind: Users talk to each other and many times their credibility is higher than that of the companies themselves.

The fear of change terrifies managers. I recommend them remember that a mind full of fear has no room for creativity and ideas. In this new Era, everything impossible begins to seem possible. Hardly anyone changes the world without taking risks.
Assuming change and acting is a sign of intelligence, not just of necessity.

Great business starts with a brand. And with people who believe in it. Having at the center of any organization’s strategy the ability to attract, develop and help unleash the creative talent of its people is essential. For this it is essential that the leadership with which it is inspired and directed is based on example and not on speech. That leadership motivates, inspires, makes people commit, that transforms the concept of team organization. A brand defines its culture, its values ​​and what it stands for. You have to put all that in value so that people can see it, feel it, and believe in it.
The challenge of our time

The man will face his inexhaustible capacity to create, both good and evil. The great battle of the next decade will cross the mind, to define if the future we are creating will have to do with a loss of privacy, a lack of individuality, a technified and anesthetized life, although productive and effective, or on the contrary, we will find the good use of technology, integrating its use to improve education, medicine, cooperation, make the serious anachronisms that we create disappear, and the immense social disparity and inequality that we live.

Artificial intelligence, transhumanism, 3D printing, unmanned flights, driverless cars, molecular medicine, everything will be an anecdote in the history of humanity if we do not take charge, before, of piloting the Earth ship to a destination common, human, emotional, balanced, educated, and social. For brands and people, the time has come to understand that you don’t have to try to be important, but to do things that matter. There is a new paradigm in branding and marketing and many of the variables on which companies relied have been completely modified. Before it was thought that to sell you had to communicate value, but now everything is focused on creating value for customers. Marketing has also changed and the negative premise of making people believe they want something to buy must be replaced by a strategy that helps customers make better decisions.

In this confusing, fast-paced, fast-paced world, big brands help define people. A great brand is consistent. It connects with people, it makes them part of its history. The digital transformation in the business environment demands to create a new organizational culture where people believe in the reason for the existence of the brand because it transcends the merely monetary, it makes people’s lives better. And that’s why you earn money; and not the other way around.

(Note to the reader: I published this article in August 2014. The paradox confirms that six years later we are still practically the same as then. Let’s do everything possible so that within 6 years we will not be the same as we are now).