Amazon and Jeff Bezos can be loved or hated, but never ignored. 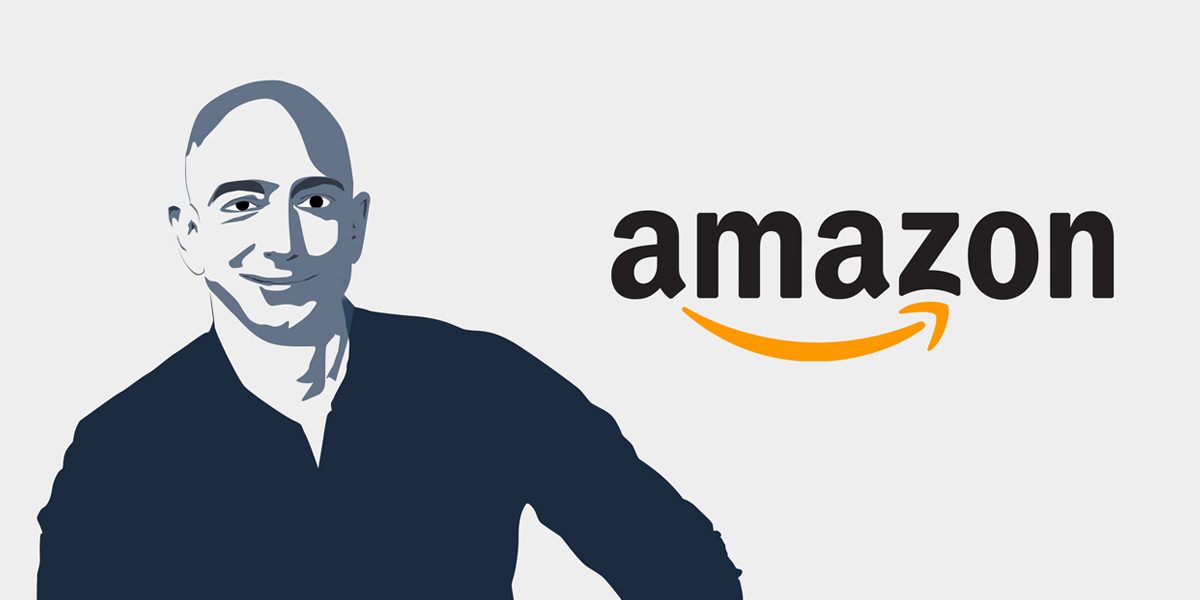 On July 5, 1994, in Bellevue, Washington, Amazon was founded. An almost unknown Jeffrey Preston Bezos took the helm of the company that today has 1.3 million employees, 300 million customers, one of the 4 most valuable brands in the world, one of the four most valuable companies in the market and whose dominance and influence grow without limit.

Like Apple, Google, and Microsoft, Amazon’s story also began in a garage. The project had its first office in the garage of a house that Jeff and his wife Mackenzie had rented in the city of Seattle. There they installed the three servers with which they began to process the information of the site.

The news this week is that the founder of Amazon will leave his position as CEO of the company in the third quarter of this year and will move to serve as executive chair of the board.

In a statement, the technology giant has indicated that the founder of the company will be replaced as CEO by Andy Jassy, ​​until now in charge of Amazon Web Services (AWS), a subsidiary of the company. But to the company’s statement, Bezos’s letter to all his “fellow amazonians” is added. 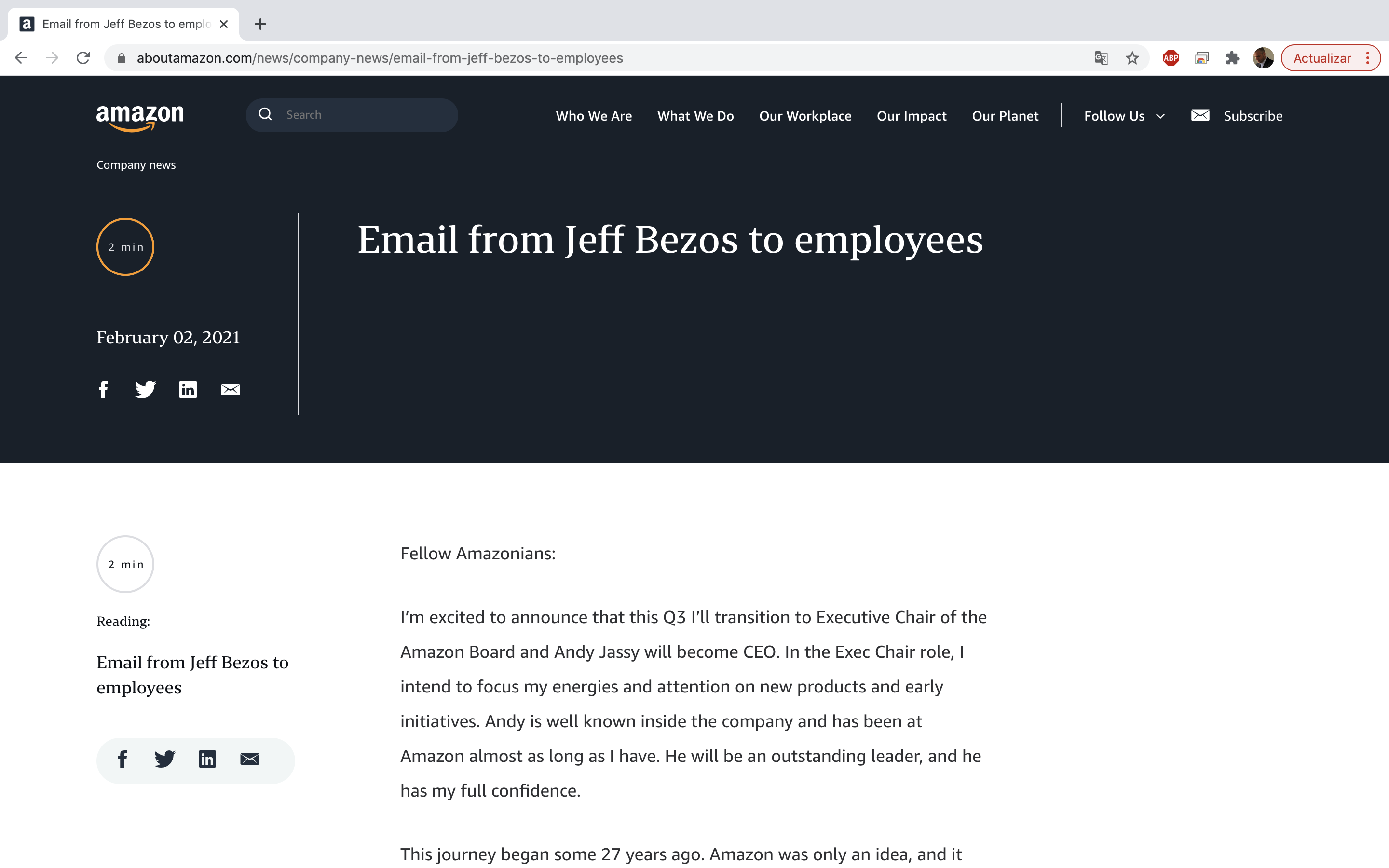 In his letter there is much more than letters, there are powerful messages about leadership, culture, sense of belonging and future. Here are some of the highlights:

1.- He addresses the members of his “tribe“: Fellow Amazonians. The us as strength.

2.- It begins in relation to its 27-year history and its core business: Internet, where Inventing is its CORE capability.

3.- They refer to the path of success. A path more than a destination.

4.- Emphasizes the high social impact where he calls for the recognition of effort and the right to feel proud as an organization. It is very important for the human being to feel part of something greater than oneself (sense of purpose)

5.- Highlighting the importance of inventing, being inventive and being focused on people and the future, really. What’s important never stops being important.

6.- And the most surprising of all is to stress that how to transform culture is very important. If any Amazonian idea needs a NEW capability in the future, they have the patience and flexibility to learn it. Always Leaning Forward!

7.- He says goodbye as one more, not with pomp and circumstance: Jeff. Leadership is human, empathetic. 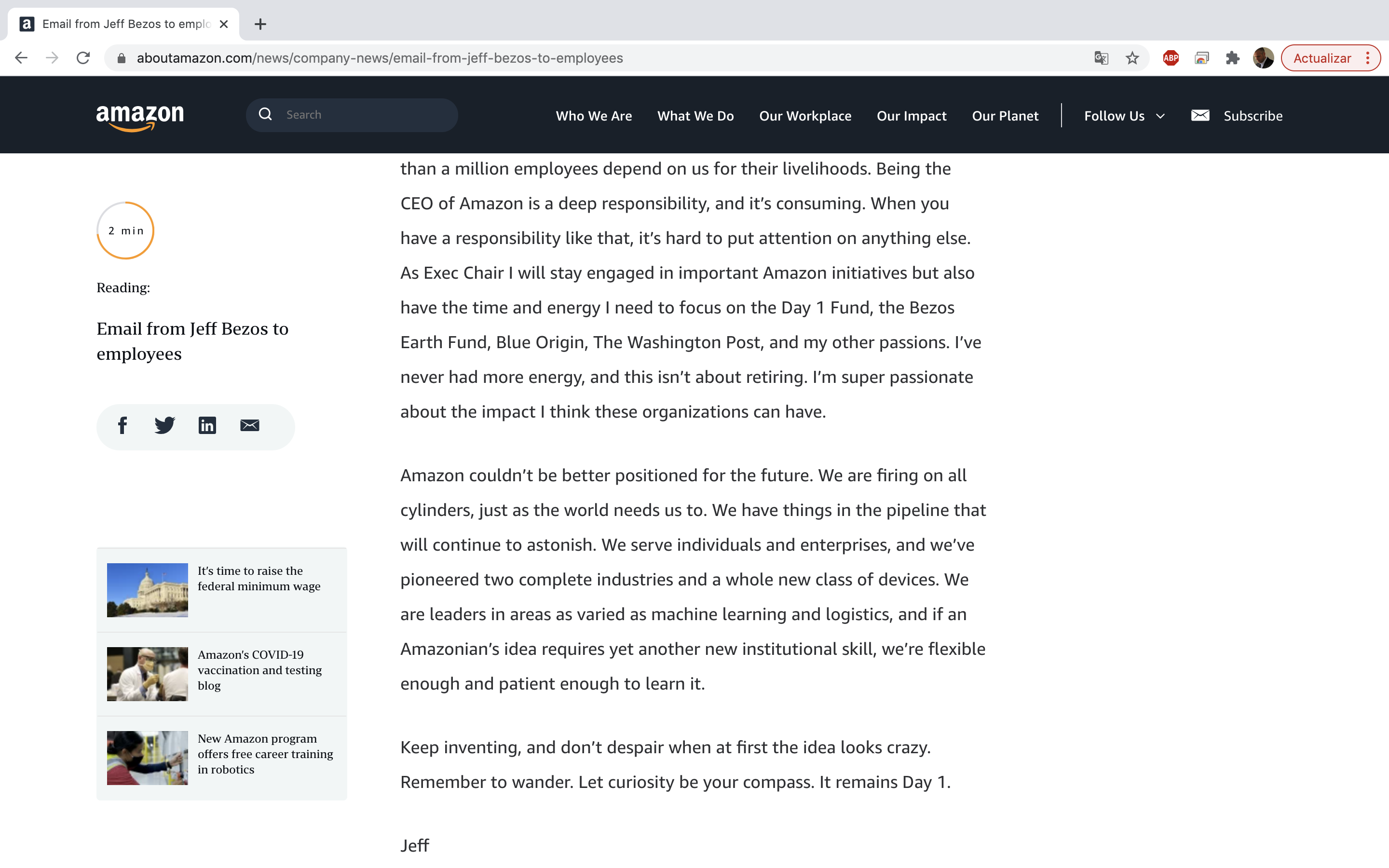 Bezos outlined from the beginning, what is the main objective of his company, assuring: “Our goal is to be the most customer-centric company in the world.” And for Bezos that does not change, for him “it is still day 1.”

Amazon and Bezos can be loved or hated, but never ignored.